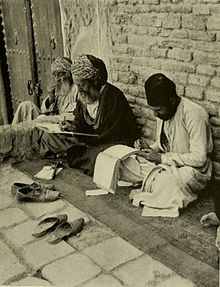 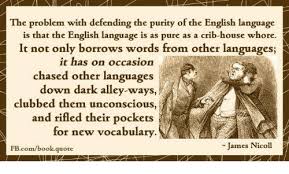 Canadian science fiction reviewer James Nicoll said, “The problem with defending the purity of the English language is that English is about as pure as a cribhouse whore. We don’t just borrow words; on occasion, English has pursued other languages down alleyways to beat them unconscious and rifle their pockets for new vocabulary.”

Among the many reasons I love writing is the way it allows me to explore the wonders of the English language. Here are some of the posts I’ve written on this blog that directly concern how language can enhance or destroy writing.

Cutting the Flab from Writing

Careful Use of Modifiers

History of the English Language

Editing or Proofreading Yourself

Examples of Other Authors’ Successful Habits