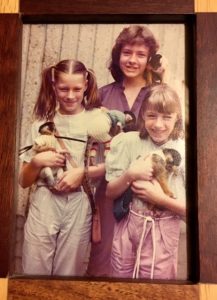 I have two favorite anecdotes about my children’s language. The first was when Helen was four and Sara was three weeks old. Helen had an appointment for her annual check-up and Sara had a terrible diaper rash, so we were on our way to the pediatrician’s office. Helen was anxious and asked question after question about what was going to happen. Eventually she asked whether he would see her first or Sara. I said, “I don’t know—whichever he chooses.” She said, “Oh. It’s his prerogative.” Yes, this really happened.
Time passed. When Sara was four and Helen was eight, I scolded Helen for hitting her sister and sent her to her room. Helen ranted about it not being fair, Sara had grabbed her book. Sara said, “But you hit me. You know the contingencies!”
Truth: I’ve sometimes told these anecdotes for their entertainment value. But I’ve recounted them here for different reasons. First: just because it really happened doesn’t make it believable. If you were to use this dialogue in a scene, you would have to lay the groundwork carefully. Let the reader know the parents are Ph.D.s who never talked baby talk to their children.You might want to let readers know that the father is an English professor and the mother a psychologist. 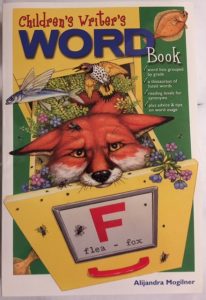 If you are writing stories for children or scenes involving children, choose your words carefully. There’s help out there. Although this reference is for people writing books for children, it’s a great resource for words children would understand and/or use. The words are grouped by grade level, beginning with kindergarten. It also includes synonyms. 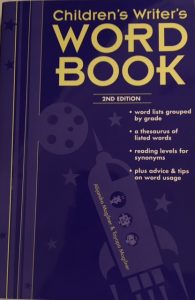 Use the most recent word book you can find. A lot of words enter the language in fifteen years. Keep up.
These particular books start with kindergarten. For younger children, consult Dr. Spock or a good child development textbook. The usual tendency is to have children speaking too old for their years. But writers missing the target of believability ruins their credibility.