Skip to content
You’re a writer—so for purposes of this blog, communicating without words means without dialogue. And there are many reasons you want to be able to do this. The presidential campaign offers several educational examples.
In Staunton, VA, for the Robert E. Lee High School Halloween, Principal Mark Rowicki dressed as presidential candidate Donald Trump, complete with Make America Great Again cap. Secretary Stephanie Corbett dressed as Hillary Clinton in “jail house orange” outfit, complete with a chain around her waist and a badge indicating she was inmate Clinton.
The costumes provoked a storm of comment, from those who claim they were just funny and timely costumes to those deeply offended and/or outraged. The latter say things like, “If they’d both dressed as presidential candidates, that would have been fine.” Or, “How dare they? Clinton has never been convicted of anything illegal!” Or, “How might the kids feel, seeing their principal dressed like a man who’s said he wants to deport them or their families?”
Lesson for writers: Having two or more characters absolutely committed to differing interpretations of the same event is an excellent way to build tension and conflict. And, BTW, consider what our clothing says about your character in general and in specific scenes. 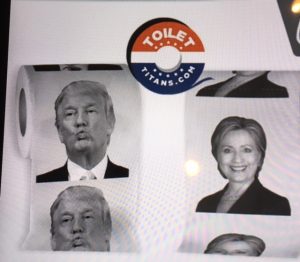 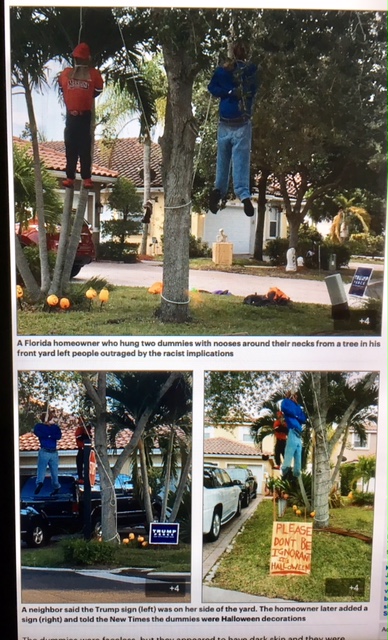 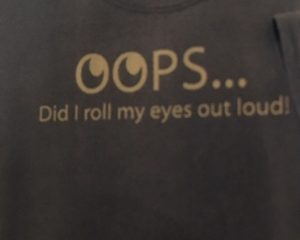