Skip to content
Some of us—dare I say most of us?—are not inherently cruel or sadistic. Therefore, when our plots require a scene that involves such behavior, there is a great temptation to fall back on the stereotypes of many TV shows and movies. Don’t. If you need really gruesome, vivid, compelling cruelty, look to reality! 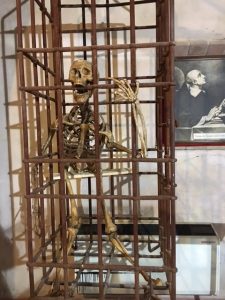 As you may know, I recently toured northern Italy. In San Gimignano (“of the beautiful towers”) I visited the earliest of the city’s torture museums.
And of course I bought a book. 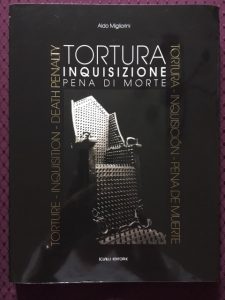 The implements on display were truly horrifying—and thought-provoking! 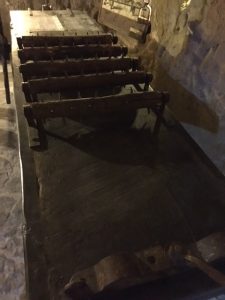 Not long ago, I had a medical procedure that required me to lie absolutely motionless, face-down, arms stretched above my head for 45 minutes. By the end of the procedure, my shoulders ached and muscles twitched, and I wondered how long those condemned to the rack might last before at least passing out. 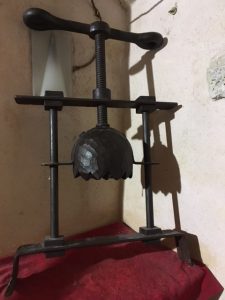 My point here is that although many types of torture are intended to cause death eventually, this doesn’t happen immediately. Might writers use a less-than-lethal version? For example, using an implement like a head crusher only to the point of cracking the skull bones.
Some mechanisms that I would label instruments of torture had other purposes—at least ostensibly. But besides ensuring a woman’s virtue, consider the discomfort of long-term use, and the humiliation of such an item at all.
Immobilizing someone in any way becomes painful after a time. 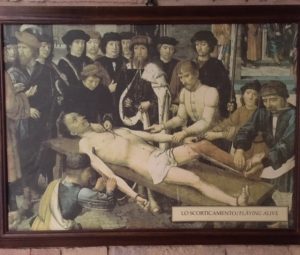 And many body parts, from skin to fingers and toes, tongues and scalps, can be removed without causing death. Ditto broken bones.
It is possible to force someone to drink so much water—or other liquid—that the stomach actually explodes. But short of that? What about a parent pinching a child’s nose shut and forcing her/him to drink milk? 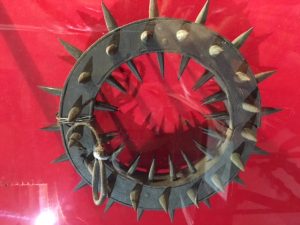 Forcing someone to wear a heavy weight around the neck is tiring, humiliating, and eventually very painful. What about a modern version, that required the wearing of a loaded backpack without relief?
My point is that if you need inspiration for a truly cruel and haunting scene, you really don’t need to be able to create it out of thin air. Start with what people are known to have done!