I’ve long loved dictionaries, and mine currently crowd seven bookshelves. I can just imagine the gasps, chuckles, and maybe eye-rolls out there about now.

But think about it. Depending on who and when you ask, the number of English words varies widely, but all agree the number is humongous.

As of June, 2018, according to the OED (Oxford English Dictionary) there were 171,146 words currently in use in the English language, plus 47,156 obsolete ones.  The main page of the OED official website said they covered over 600,000 terms.

In June, 2021, the official edition of the Merriam-Webster online dictionary included approximately 470,000 words.

And new words are added daily. In the 20th century, 800 to 1000 new words were added to the English language each year. In 2022 so far, new words include hellacious, fast fashion, supposably, higgle, long hauler, vax, vaxxer, megadrought, mesovortex, and charging station, and new acronyms, such as EV, HEV, PHEV, etc., etc., etc. And as you no doubt realize, words are included in the vernacular before they make it into any official dictionary.

Clearly, one comprehensive, agreed-upon dictionary isn’t possible. And the sheer scope of the language would make it cumbersome and daunting to navigate.

The Cavalry to the Rescue!

Fortunately, there are (by actual count) a gazillion dictionary makers out there to sort and organize words for us.  Whatever your need or interest, there’s a dictionary for that!

I’m a writer, so my word needs are many and varied. An inspection of my dictionary shelves shows a touching popularity of slang dictionaries. Slang is a true love because it’s the language of much realistic dialogue, and can set time, class, and subculture.

But slang isn’t a unitary thing! Therefore, I have dictionaries of war slang, hippie slang, and many volumes of “American” slang. Some years ago, I was extremely please to find the first two volumes of the Random House Historical Dictionary of American Slang.  I am devastated—well, perhaps that’s a slight exaggeration—that there will never be a third volume. The project was too time-consuming and expensive to complete.

Speaking of price: dictionaries tend to be big, and specialized ones, expensive. If you want a standard Merriam-Webster for general use, one can be had for very little money, especially used, because they are printed in huge runs and sell widely.

But if you want something like the Dictionary of American Regional English, in six volumes, the price tag is currently $635 used. I picked up my six volumes one by one, from library discards and secondhand stores, and that can still be done if you are tightfisted and determined. FYI, I find these volumes cumbersome to use, so take that into consideration.

Recently I came across the Dictionary of Southern Appalachian English, on Amazon for $128.35 hardcover and $74.99 on Kindle, the only two formats out there. And these are the lowest prices I found!

These are just two dictionaries recognizing the differences in language across the country. Such differences have long been acknowledged. One of my dictionaries is Yankee Talk.  Another is Butter my Butt and Call Me a Biscuit. (You can imagine the regional connections of that one.)

The OED recognizes “archaic” words. I have a dictionary called The Word Museum, one example of a dictionary of such outdated words. Dictionaries of colonial English or slang by decades inherently acknowledge aging. As a writer, I need to be aware that word choices can easily seem too modern—or too old.

Then there’s the question of which English. During my first trip to Europe, I discovered that I actually speak “American.” Now, more aware, I have on my shelves dictionaries of American, British, Australian, and South African English.

Apart from—or in addition to—the above, I love having dictionaries that give me age-graded vocabulary for children, the meaning of symbols, and abbreviations, and sailing terms.

Abbreviations are part of virtually every “in-group.” For example, not even all psychologists would recognize that VTE means vicarious trial and error.

When writing about a subculture not one’s own, Talk the Talk: The Slang of 65 American Subcultures is invaluable. Just to tempt you, check out the Table of Contents!

Not dictionaries in the traditional sense…

Many of these “dictionaries” are books word lovers enjoy anyway. For me, these include dictionaries of dreams, body language, superstitions, proverbs, phrase and fable, and word origins.

Reading dictionaries is not only entertaining, it’s also educational.

For example, people may not know that the following words, among others, not only have Yiddish roots but also came into common usage in the 1930s.

Not in my wheelhouse…

Although I do have a rhyming dictionary, I don’t have scrabble or crossword puzzle dictionaries. Nor do I have dictionaries geared toward medicine, architecture, engineering, music, farming, the law…

Should I decide to delve deeply into such professions/topics, the dictionaries are out there.

No doubt there are people out there who believe that one good standard dictionary, and maybe one good thesaurus, suffice. Clearly, I beg to differ!

Bottom line: Whatever your interests and/or needs, there’s a dictionary for that! Explore! 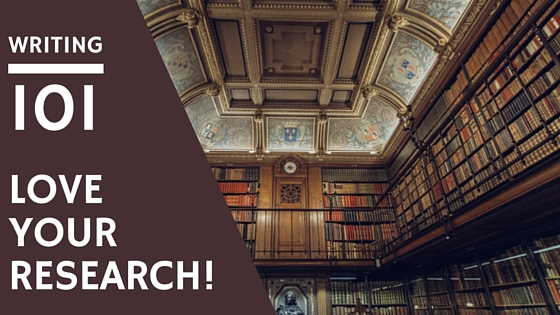 I can’t imagine a writer without some tools of the trade, even if those are only a good dictionary and a thesaurus, preferably a good manual of style as well. 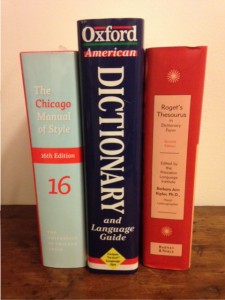 Most of us have much more than the basics, however. I often set stories in times that are not now. Therefore, in order to get the details needed to enrich the prose and draw the reader into the period, I often rely on bits of dialogue about what something costs, or what’s being eaten or worn.

A few of my favorite references

For the cost of things, I turn first to The Value of a Dollar.

The most recent volume is 1860-2014, and new it costs $155. I first came across this book in the reference section of a library in Clifton Forge, VA, when I was researching my novel Nettie’s Books, which is set 1930-1935. I was delighted to learn that ham was 8¢ a pound back then, and that Sears was selling 25 Hershey’s 5¢ Almond Bars for $1. I wanted that book! The price of a new one was prohibitive, but by dropping back to the previous edition (pictured above), it was very reasonable. Indeed, I just ordered the one that covers 1860-2009 for $7.91 plus shipping.

As you know from other parts of this website, I collect cookbooks. But I also collect food reference books for writing, such as the two pictured here.

Being able to put waffle irons, Kool-Ade, Spam, and Jiffy Biscuit Mix in the right period is highly tempting! Among other things, such references may trigger childhood memories for readers and help draw them in.

In addition, I find it very helpful to have good references for popular culture and slang. In fact, I have several of each. I often write stories set in Appalachia some decades past, when saying an overweight woman wears clothes so tight she looks like ten pounds of potatoes in a five-pound sack can create just the right vivid image of the woman in question as well as giving insight into the speaker. A character saying, “What a hoot!” is clearly older than the one who says, “Whatever.” The two books pictured here are rather specialized ones, but more comprehensive options are readily available both new and used.

I revel in dipping into these and other references even when I’m not researching a particular writing project. Some of my favorites don’t fall into any of the above categories, but they are great stimulants to striving for better, richer language.

I was a reader before I was a writer (weren’t we all?) and for me, these are great reads! Advice to writers: choose research and writing tools you can enjoy.

What are your favorite research books and tools?