Skip to content
Many—hundreds? thousands?—of animals have collective nouns to identify a bunch of those animals—e.g., a pride of lions, a pod of dolphins. 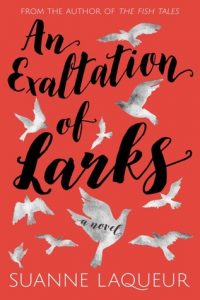 I used to have a book of such collective nouns titled An Exaltation of Larks. Probably I still have it somewhere, but I can’t find it. So over the weekend, when I wanted to find collective nouns for the birds visiting my backyard, I went online. 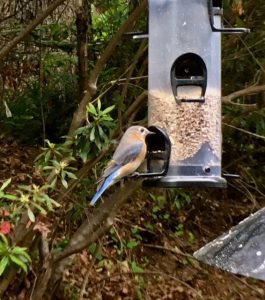 But bluebirds? Zip, zero, nada. No generally agreed upon collective for bluebirds. Perhaps that’s because they generally hang out in pairs and congregate only when migrating. 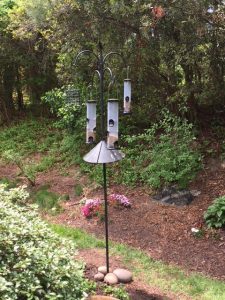 I love my new bird feeders, set up after my birthday. Whether it’s the configuration or the the addition of a suet cage, we’ve never had so many different birds visible from the kitchen window. And I found lots of collective nouns online. In fact, some birds have multiple collective nouns that are generally recognized. So my husband  and I decided to just go with the label we liked best. For example, a murder of crows. 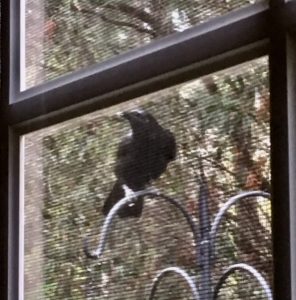 We also have a clutter of starlings (I rather like their bright orange beaks) and a scold of blue jays. Then there is the plague of grackles, beautifully iridescent.
Sometimes we are graced by an echo of mockingbirds, or a drumming of woodpeckers. 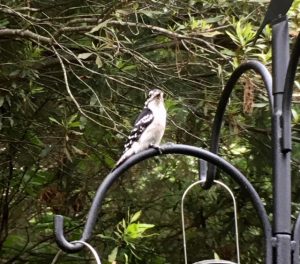 We have a ubiquity of sparrows, though they were camera shy. The drum of goldfinches not so much so.
I still hope to catch on camera a mewing of catbirds and a dule of doves. But I did catch a member of the college of cardinals—a young one. 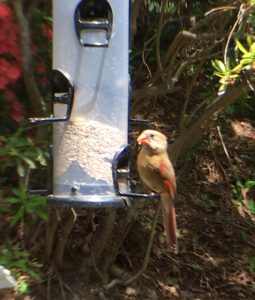 Our banditry of titmice swarm the feeder—except when I was taking pictures today! But, surprisingly, I got our bobbin of robins perched on the feeder, even though they are ground feeders.
Later in the year, I expect the return of our hover of hummingbirds. For the time being, I am content with our charm of finches—mostly house finches.
And our chime of wrens.
Yes, I love our dissimulation of chickadees. What’s not to love?
But what about the ignored bluebirds? I found one place on line that, while acknowledging that there was no accepted collective noun for them, suggested a sky of bluebirds, or a beatitude of bluebirds, saying throw some options out there and see what sticks. So I’m suggesting a blessing of bluebirds.
What do you suggest?