By definition, superstitions are irrational beliefs that objects, actions, or circumstances not logically related to an outcome nevertheless influence those outcomes. Every Friday the 13th, I think of superstitions. In the past I’ve blogged about superstitions related to Fridays and to 13s. The superstitions below have nothing to do with the date directly, but there is a belief that negative things happening on Friday the 13th are worse than they would be on other dates.

There are myriad ways to slice and dice the universe of superstitions, including by country or by topic (e.g., love and marriage or hearth and home).  Indeed, there are whole books of superstitions out there, and who knows what’s on the internet.  But anyone wishing to pursue the topic can do so easily.

Clearly, this blog can give you only a tiny taste of the superstitions out there. So here you go, alphabetically:

Bottom line: The superstitions listed here are shared by many people, but every culture and person has different beliefs. Anything can become a personal superstition if something unrelated is associated in time or place with a dramatic event or outcome (such as lucky socks or particular foods). Consider how someone might come to feel anxious and fear bad things will happen if s/he loses a carved wooden heart. If you are writing about an entirely fictitious culture, you can invent whatever superstitions you like! 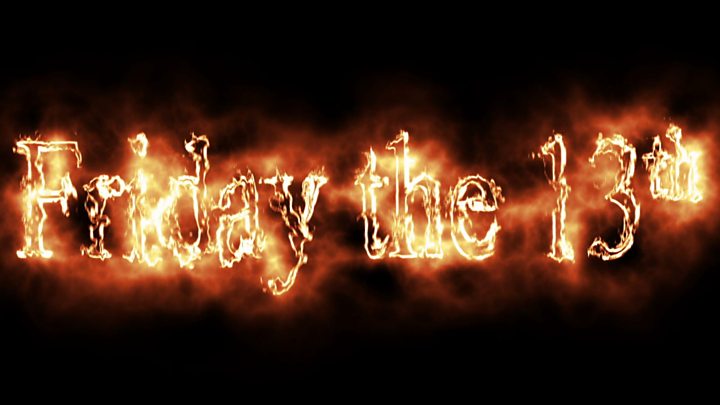 Friday the 13th and superstitions

According to Gallup polls, over half of Americans say they are at least a little superstitious. Consider the value of superstition for your character(s).

People who are truly not superstitious are nevertheless well aware of what’s associated with Friday the 13th, black cats, broken mirrors, four-leaf clovers, etc. Such people might well make a wish with fingers crossed, or when tossing a coin into a fountain or other water, when blowing out birthday candles, or kissing a horseshoe. If you don’t consider yourself superstitious, you may engage in superstitious thinking or behavior nevertheless, without paying attention—an habitual or non-conscious action. For me, that’s knocking on wood.

This collection by Claudia De Lys has an excellent two-page description of this and other wood superstitions, ranging from the balsam needle pillows to wooden rosary beads, traced back to the spirits believed to live in trees that bring on the seasonal changes (life, death, and resurrection) or maintain the evergreen state (immortality). A tree or wood was touched when asking favors and again in appreciation of good fortune received.

Diana Gabaldon’s work is an excellent example of effectively using her characters’ beliefs, superstitions, and ritual acts—everything from beliefs about witches and fairies to making the sign of the cross—to illuminate both the characters and the historical context.

Stuart Vyse, Ph.D., author of Believing in Magic: The Psychology of Superstition, is an authority on magical thinking. He differentiates superstition from obsessive-compulsive behavior or other mental disorders and religious ritual, and discusses the functions each serves. I’ll stick with superstition for the sake of (relative) brevity.

Why are people superstitious?

Anything as nearly universal across time and cultures as superstition must serve some beneficial function! In a 2010 paper by Damisch, Stroberock, and Mussweiler, “Keep Your Fingers Crossed! How Superstition Improves Performance,” the researchers argue that superstitions give people a sense of control in chaotic situations. The major outcome of this research was that people who were allowed to solve problems with their lucky charms at hand performed better than when those charms were absent.

But the important point is that it is performance based. So wearing mismatched socks when playing baseball or tennis—or mah jongg jewelry when deep into that game—might improve performance. 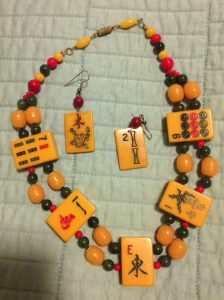 But lucky charms have no impact on outcome when the results are due to chance. So skip the lucky dice—unless you just like the look. 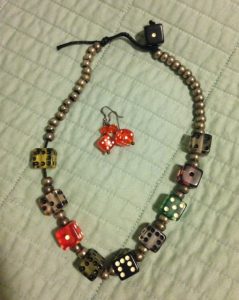 These researchers point out the ways in which this phenomenon may be wide-spread and important, for example in alcoholism. Many if not most members of AA attribute their abstinence to the higher power in their lives giving them strength. If they believe, they are more likely to stay sober.

Some people are more superstitious than others—athletes and actors are notoriously so—and superstitions run in families. One example is a Virginia friend who says, “Rabbit, rabbit, rabbit,” first thing in the morning on the first day of each month to ensure a good month. Her daughter in Texas does the same thing. And now they text each other to see who says it first! 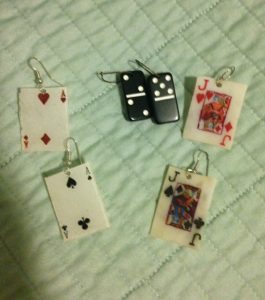 Vyse also makes a connection between performance improvements and effort. He says that lucky charms don’t significantly reduce anxiety, but they do increase persistence. So maybe that’s what’s going on with a friend who happens to be a lapsed Catholic. When she loses something, she still says what she calls “the kid’s version of the prayer to St. Anthony”: Tony, Tony, come around. Something’s lost and must be found. She swears it works.

Truly magical thinking is taking an action that has no logical way to affect the outcome but may bring comfort anyway. A third friend who grew up in a Navy family won’t watch people leave because that means they won’t come back. She attributes this to her life on base, when families would see their husbands/fathers off at the dock but turn away as soon as the ship was underway.

When pressed, many non-superstitious people will admit that they prefer not to walk under ladders, step on graves, or open umbrellas indoors. They prefer to leave a building by the same door through which they entered, and they want to round an object in the path on the same side as their companion. Do you always include money when you give a purse or wallet? Does the recipient of a gift knife have to “pay” the giver at least a penny? Superstitions are everywhere, everyday, not just on Friday the 13th!

Give your characters superstitions and/or rituals. It can add interest, tell something about the person’s ethnic or family background, and illustrate her/his anxieties and feelings of control.