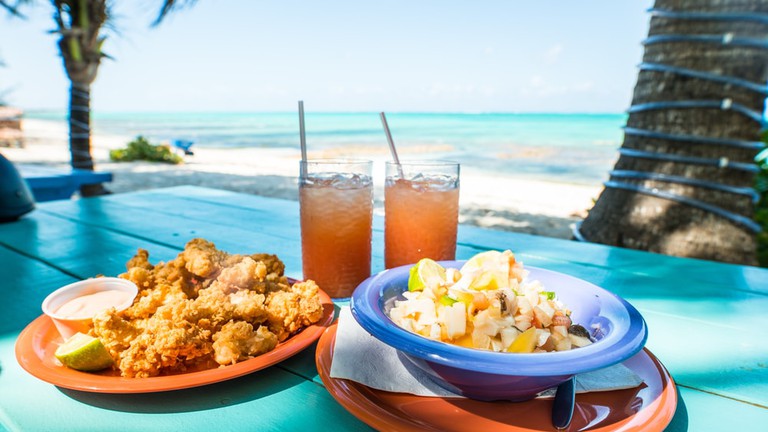 Sometimes a writer (and I’m not alone here) starts out to write one thing and something entirely different emerges.  My metaphor for this is heading for Maine and ending up in the Bahamas.  That’s what happened to this blog.  I started out to write TELLING TIME, about using food to set or reveal the time in which the story takes place.  What I had in mind was a timeline for foods and cooking equipment.

As many of you know, I collect cookbooks, and have done so for decades. As I pulled relevant references off my shelves, I discovered over a dozen books specifically on the history of food and cooking.

No more than an hour or so into this effort, I realized three things:

And that’s when I headed for the Bahamas, and turned this blog into a Better Know Your Character effort.

Assuming you don’t want to draw entirely from your own life and experience, there’s a book for that.

You can get food and cooking information for any time period you need, in as much detail as you need, and for virtually any place you need.  If you write across time periods and/or locations, one of the books covering a broader range would be a good choice.

Everyone has to eat sometime (except alien cyborgs).

What is your character’s attitude toward food?

Cover all three aspects of attitudes: think, feel, do.

What does home cooking mean to your character?

The answer to this question can tell all sorts of things about your character besides ethnicity:

What is involved in meal preparation?

If your modern character is making a meal, does s/he start with raw ingredients or put a prepared meal in the microwave? Does the answer change if company is coming? Is it a family meal? Do other family members share your character’s attitudes toward food and cooking?

What does your character eat?

Strictly a meat and potatoes person? Omnivore? Pescatarian?  Vegetarian? Vegan?  And why?

What health concerns does a character address with food?

Many medical conditions are caused by unhealthy eating habits or require dietary adjustments to treat fully. Depending on the diet, this character may have cookbooks addressing the concern, request substitutions when eating out, or be unwilling to eat or cook around others.

Consider also the possibility of mental health concerns when eating or preparing food. A character with alcoholism, compulsive overeating, bulimia nervosa, etc. would likely display signs of those disorders that might be noticed by others. On the other hand, a character with severe depression, body dysmorphia, or OCD related to food might avoid social situations involving food altogether.

Food is for everyone.

Whether your character lives to eat or eats to live—or is somewhere between the extremes—it’s difficult to write realistically without food coming into play somewhere, sometimes, at least occasionally. Making those mentions specific to your story/character is a big plus.

Bottom line advice to writers: Bring food and/or cooking into your story to add realism, specificity, and richness.

On February 11, 1963, WGBH-TV in Boston, Massachusetts launched “The French Chef,” featuring Julia Child. By the time The French Chef Cookbook was published in 1968, she was an international icon.
As far as I know, she is the only chef whose entire kitchen has been reassembled as a display at the Smithsonian.
“Writer” probably isn’t the first word you associate with Julia Child, although she authored or coauthored eighteen books. The success of “The French Chef” launched a whole genre of TV shows about cooking. If you visit the PBS website, you can find an alphabetical listing of cooking shows on Public Television. I counted 50 from letters P through Z!
Overstating the breadth and depth of Julia Child’s influence—both culinary and cultural—would be difficult as sprinting up Mt Everest! Her kitchen identity is French, complete with butter, cream, cheese, and eggs, and yet vegan chef and restauranteur Miyoko Schinner acknowledges her debt to Julia Child and Mastering The Art of French Cooking.

Julia Child’s reach would have been much more limited if not for her personality. She was witty, appealing, with distinctive voice and body language. Your assignment: go on-line to view clips of her slapping the poultry around and rattling off one-liners, and then capture her in written words! And when you create characters for your stories, try to make them as compelling and vivid as Julia Child.