Some of you are familiar with my short story mysteries featuring Clara, an engaging prostitute who plied her trade during the Civil War with men whose sexual preferences included “soft” fetishes—i.e., nothing painful, more like making love in caskets, lapping brandy from her bellybutton, or enjoying chocolate applied with feathers. (So far, no one’s complained about the lack of explicit sexual detail on the page!) And somehow, she was repeatedly embroiled in solving mysterious deaths.

Well, I’m working on another Clara story, and here are some bits of info I think you’ll find interesting.

I stumbled across this book some years ago in the gift shop at the Museum of the Confederacy and bought it, because who isn’t interested in sex? Since then, Thomas P. Lowry has become my favorite writer on the topic! However, I’ve also searched online. I won’t be giving specific citations, because many of these facts pop up in several writings.

The topic of prostitution isn’t as intensively researched and written about as many other Civil War topics, and one might assume that’s because it was a minor issue. Wrong! In 1864 there were 450 brothels in Washington and over 75 in Alexandria, Virginia. A newspaper estimated there were 5000 “public women” in DC and another 2500 in Alexandria and Georgetown—and this is just an example. Whenever army troops set up camps, nearby small towns were overrun with women in the sex trade.

One estimate was that 40% of soldiers suffered the pox (syphilis) and/or the clap (gonorrhea). These STIs were nearly as dangerous to soldiers as battle—which prompted military officers to take action. That often took the form of moving bawdy women elsewhere.

For example, Major General William Rosecrans ordered that all prostitutes found in Nashville or known to be there be seized and transported to Louisville. What followed was that a recently christened steamboat, the Idahoe, was basically conscripted to move 111 of the most infamous of the sex workers. Louisville refused dockage to the Idahoe, and ordered them on to Cincinnati instead. Cincinnati also refused to accept them, so they were sent to Kentucky, but were turned away by Covington and Newport. Bottom line: they ended up back in Nashville.

Similar rounding up of prostitutes and forcibly transporting them to the enemy’s city by train was common between Richmond, Virginia and Washington, DC—which promoted women being spies. (But spying is for another day.) In any case, such transportation did not take into account the convenience, preferences, or comfort of the women. For example, one report on the women aboard the Idahoe said the women were in bad shape when they returned to Nashville: “The majority are a homely, forlorn set of degraded creatures. Having been hurried on the boats by a military guard, many were without a change of wardrobe.” Nor were they properly fed after the first three days.

Bottom line: Prostitution during the Civil War is a fascinating topic to pursue! 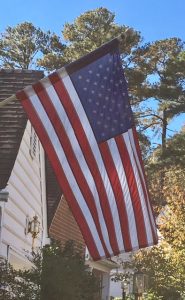 So, today is Veterans’ Day, which brings thoughts of the military, which brings thoughts of war. Both have been around forever, it seems, and have touched virtually everyone’s life either directly or indirectly—which means one or both are likely to have touched the lives of your characters.
Should you find yourself writing a scene dealing with the military, war, and/or their direct or indirect effects on characters and plot, get it right! So many of your potential readers know the details that if you get it wrong, you will immediately lose all credibility. 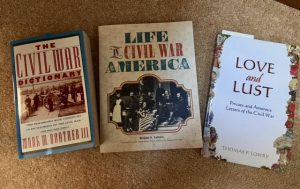 Fortunately there are a number of resources available to assist you. My personal bookshelves are not comprehensive, but here are a few examples of what’s out there. Note the broad range of detail and focus, from the battlefield to the home front. 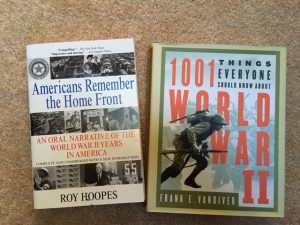 You can find resources for any war of interest, as well as any branch of any military, worldwide. My own interests tend toward the effects of war on individuals.
You can also focus on a subset of action and response. 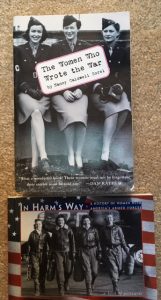 Regardless of any other choices you make, you will surely need authentic language, whether for dialogue or narrative. And therefore, I highly recommend a good dictionary. 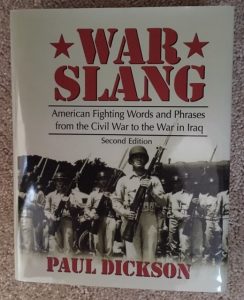 Takeaway for Writers: Yes, you must have engaging characters, tension, lots at stake, and action moving forward, but if you get the factual details wrong, you’ll lose your reader! Get it right with war and the military. 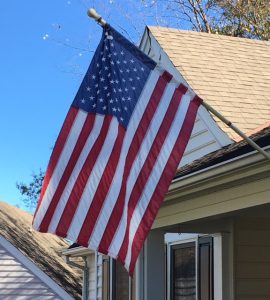 Sometimes things just come together. I’ve had a long-standing interest in graveyards and cemeteries. My all-time favorite is Mount Auburn Cemetery in Cambridge, Massachusetts. The primary picture on my website was taken there! It is the first garden cemetery in the United States, established in 1834.

So, of course, when I moved to the area, I visited Hollywood Cemetery, the third garden cemetery in the United States.

At that time, I lived in the McMurdo house in Ashland, built in 1858. Apparently Stonewall Jackson headquartered there briefly during the battles around Richmond—briefly meaning only a few hours. But it piqued my interest in the Civil War.

After touring the White House of the Confederacy, I visited the gift shop there. After visiting historic sites or museums, I always check the gift shop for off-beat books. In this instance, I found The Story the Soldiers Wouldn’t Tell: Sex in the Civil War.

So when the call went out for stories for Virginia Is For Mysteries, it all came together. I wrote “Death Comes to Hollywood Cemetery.” My amateur detective is Clara, a good natured prostitute who plies her trade with fetishists in Richmond and the surrounding area during the Civil War.

I love it when everything comes together!