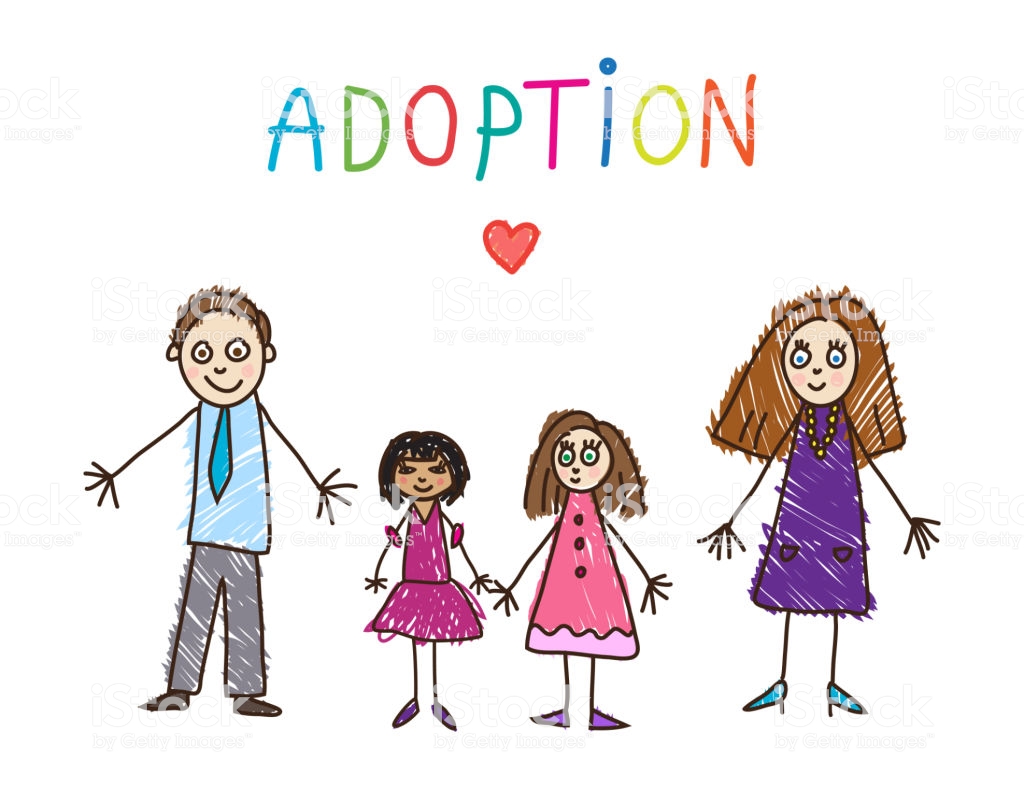 Note: Unless otherwise specified, the photographs below are for illustration purposes only and are not connected to the case studies provided. Examples and links to specific adoption agencies are provided for reference and not as an endorsement or condemnation of any particular agency.

The concept of adoption has a generally positive aura. Indeed, it’s easy to find articles like Why Adopt? 23 Reasons to Adopt a Child (amerianadoptions.com). But frankly my experience of adoptions via family and friends is a mixed bag.

The good news for writers: good, bad, or unclear outcome, adoptions are fertile ground for characters and plots.

Case 1: Desire to Adopt a Stepchild

When my husband and I married, he was a widower with a three-year-old daughter. I (foolishly) thought that by that marriage, I became his daughter’s mother. Wrong! To be her legal parent, I had to adopt her. We lived in Upstate New York, and at the time a child with a living biological parent could be adopted only if the biological parent gave up his/her parental rights.  The upshot was that my hubs signed away his parental rights and then we both adopted her!

This was an incredibly successful adoption. I told my parents, my husband’s parents, AND our daughter’s maternal grandmother that any and all of our children had to be treated equally. We subsequently had two more daughters. Words like step-mother, half-sister, etc., never crossed anyone’s lips—and I don’t think crossed anyone’s mind. When her elementary school class made family trees, hers had three branches: her biological mother, her father, and me.

Writers note: consider such a case that did not go so well.

Case 2 A, B & C: Desire to Help a Friend or Family Member Who Isn’t in a Position to Raise a Child

2A – the biological mother of two children was murdered, and neither of the fathers was known. The maternal grandmother and her husband adopted the grandchildren. Although a financial burden, no one seemed to regret the decision.

2B – the biological parents of the child were drug addicts. The paternal grandmother went to court to get custody and eventually adopted the grandson, who grew up to be an admirable and ambitious young man.

2C – the biological parents were unmarried teenagers, not financially viable, and not psychologically well balanced enough to care for a special needs child. The paternal grandmother first won custody and then adopted her. The adopted daughter struggled through special education classes, therapy, and at age eighteen, vocational training for a sheltered work environment. The child/young adult was a constant and severe stress on the paternal grandmother and her husband’s marriage.

Writers note: consider that a biological father came forward in A; consider how the relationship between the biological parent and the grandparent might evolve in cases B & C.

Case 3 A & B: Desire to Give a Child Born in Another Country a Chance to Thrive

3A – the adoptive father had been a U.S. soldier who served in Viet Nam. He and his wife had three children (sons) but wanted to adopt a Vietnamese orphan. In the event, the Vietnamese orphans were so weak and sickly that the international agencies weren’t placing them. They suggested adopting a Korean orphan, and that is what they did. As adults, the children have good relationships. Although differing in political perspectives, the adoptive parents and daughter are emotionally close.

3B – the parents decided to adopt a child from a country where the majority of the population is of a different race, practices a different religion, and speaks a different language. The boy was four years old when he was adopted. The relationship between the parents and the child never settled into a comfortable family pattern. When he turned eighteen, the adopted child returned to the country of his birth and changed his name back to the one he’d had in the orphanage. The parents have not seen him since and have only occasional online contact.

Case 4 A & B: Desire to Choose the Child’s Gender

4A – a Caucasian couple had two sons. Wishing for a daughter, they conceived several times over the years but all of those pregnancies ended in miscarriages. They chose to adopt a mixed race (Irish and African American) baby daughter. The adoption was simply a part of the family structure. The child and her biological mother saw each other occasionally. The birth mother being known, there was quite a bit of info available about health issues, for example. The adoptive parents made a conscious effort to expose their daughter to African American culture and experiences.

Writers note: count the ways this might go awry as the adopted daughter goes through teenage rebellion, or is the only non-white face at family gatherings. What if one or both sons marry women who are more or less racist?

4B – a couple had two daughters. After eight years of repeated pregnancies and miscarriages, the wife had a medically necessary hysterectomy. The husband wanted a son “to carry on the family name.” They didn’t want to wait two years to adopt an infant and so applied to adopt a ten-year-old boy. A month younger than the elder daughter, he was in the same class in school as the younger daughter because his biological parents had never enrolled him in school. There was a “trial year” before the adoption could be finalized. It quickly became apparent that the boy shared no interests with the husband, nor his need for achievement. The wife resented the burden of a third child while her health was so fragile, and was fearful that the boy would replace the daughters in her husband’s affection.  The daughters acted to protect the boy from their mother. The boy’s attitude was “hunker down and get by,” because the home he’d been adopted into was much better than his previous situation. At the end of the year, both the couple and the boy agreed to finalize the adoption. In the meantime, the boy had been in school for a year under his birth name. When the husband asked whether the boy wanted to change his name, the boy said he didn’t care, that he wouldn’t be any more a member of the family one way than the other. His name wasn’t changed.

Writers note: what are the long-term implications???

Case 5 A & B: Due to Infertility or Other Reasons, a Parent Cannot Have a Biological Child

5A – After several years of marriage and extensive fertility treatments, a couple was unable to conceive. They decided to adopt.  The adoption wasn’t easy because of the adoptive parents’ ages. They decided to adopt a brother and a sister together, although they’d been told that the children were developmentally behind their ages. The adoptive mother was a psychologist and attributed that developmental lag to their early lives. As the children grew, the boy appeared to be average or a little below in intelligence. The girl suffered microcephaly. The marriage failed. The children remained with the adoptive mother. As the boy developed, she couldn’t handle him and ended up paying a lot of money to enroll him in a military school. As the girl grew, she became ever more aggressive and defiant and was expelled from school. The mother tried therapy, including residential therapy. The girl was living in a residential facility and was on her way to see a psychiatrist (as she had requested), when she said she didn’t want to go to that hospital, jumped from the back of the van, broke her neck and died immediately. The boy married and had a child and had a relationship better than ever with the adoptive mother.

5B – the adoptive mother was a single woman who wanted a child but had no desire to give birth or to involve an unnecessary man. She adopted an infant from South America and raised the girl to be Catholic, fluent in Spanish, and knowledgeable of her native country’s history and culture, in accordance with the biological mother’s wishes. The girl grew up surrounded and supported by her adopted mother’s parents and siblings. She did well at home and in school until about halfway through high school. Then, she got involved with drugs, was in and out of abusive relationships, had three children by unknown fathers, and is now serving time while her adoptive mother has custody of the children.

Writers note: where/how might these events have developed differently?

These two will be treated together because they are related. The women are sisters, the twelfth and thirteenth children in the family. They were exceptionally close growing up. For unknown reasons, neither had a child and they and their husbands each adopted a son. The older sister’s adoption was a great success. The son thrived, both academically and professionally, married and had a daughter they named after his adoptive mother. The younger sister’s adopted son was a ne’er-do-well. He was sporadically employed, had many brushes with the law, driver’s license revoked, time in jail, drank heavily, tapped his mother for financial support, and in the view of the extended family, exploited her financially to her detriment. She never rejected him. And that was a source of tension and distance between the formerly close sisters.

Writers note: fertile ground here! Throw in Parkinson’s or some equally debilitating disease? Why not have children of their own, when all their older sisters had done so?

The actual process of adoption varies widely among agencies and countries. However, there are some fairly consistent requirements:

Summary: in my experience, adoption typically isn’t about helping a mother who (for whatever reason) must give up a child. Nor is it about giving a loving home to a child (stranger) who needs it. As a writer, consider the motives of the the adult(s) seeking to adopt. And consider all the ways those motives might be frustrated.