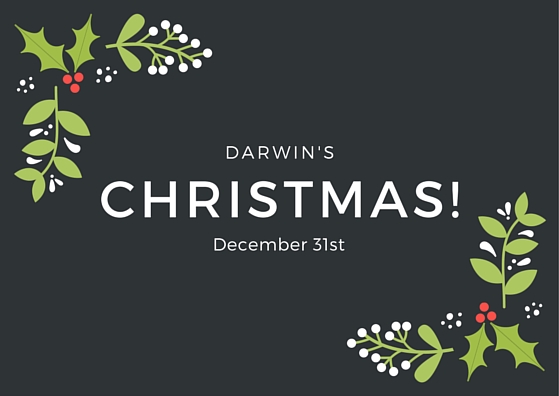 Chinese new year was tied to the second new moon after the winter solstice. In Egypt the new year began with the annual flooding of the Nile, coincident with the rising of the star Sirius.

For early Romans, each new year began with the vernal equinox. A year had 304 days divided into 10 months. Over time, the calendar year deviated significantly from the sun year. In 46 B.C. Julius Caesar consulted astronomers and mathematicians to solve the problem. He added 90 days to that year, adjusted the length of months, and declared January 1 as the first day of the year. January honors the Roman god of beginnings—Janus—who has two faces that look forward and back. In 1582, Pope Gregory XIII established January 1 as new year’s day for Christians.

Christmas Trees and Greenery
Putting Christmas into Carols
How St. Nicholas Became Santa Claus
Christmas Eve Then and Now
Why is Christmas Celebrated on December 25th?
Gift Giving Then and Now, Here and There