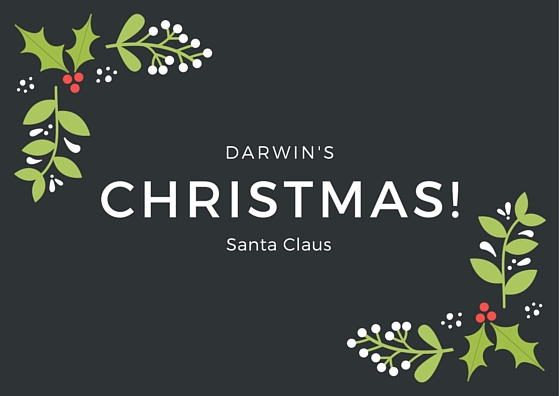 Saint Nicholas, born around 280 AD in Patara (in modern-day Turkey) was a Greek Christian bishop famous for giving to the poor, perhaps giving away all his inherited wealth and traveling the country helping the poor and sick. One much-reported story is that he presented three impoverished daughters of a pious Christian with dowries so that they could marry, rather being sold into slavery or  prostitution—which, incidentally, says a lot about women’s options then! Saint Nicholas is the patron saint of many, including archers, sailors, children, and pawnbrokers. He is typically portrayed as a bearded bishop in canonical robes, often thin and dour. But his image, too, has morphed. 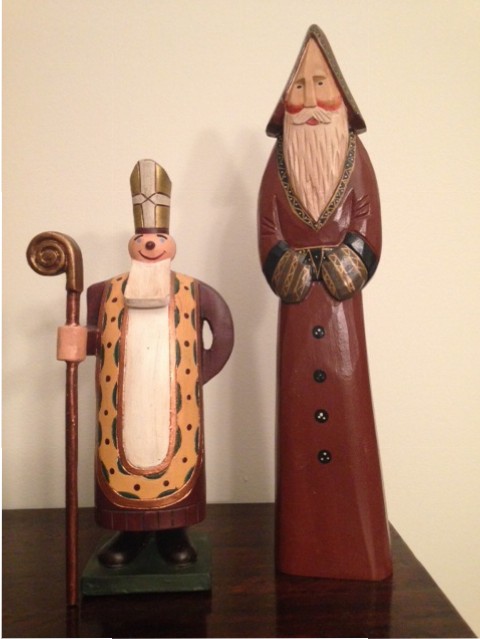 During the Middle Ages, on the evening before December 6th, the name day of Saint Nicholas, children received gifts in his honor. Traditionally, this was considered a lucky day to make large purchases or to get married. The Reformation opposed the veneration of saints and the giving of gifts to children moved toward December 24th and/or 25th.
Saint Nicholas came to America and underwent a sea change during the 18th century. Newspapers in New York City (in New Amsterdam at the time) reported groups of Dutch families gathering to honor the anniversary of Saint Nicholas’s death. The name Santa Claus evolved from the name, Sinter Klass, a form of Sint Nikolaas, Dutch for Saint Nicholas. In 1809, Washington Irving published his “Knickerbocker History of New York” in which he mentioned St. Nick 25 times and referred to Saint Nicholas as the patron saint of New York. Some assert that he is responsible for remaking the original old, often stern bishop into the new “jolly St. Nick.” 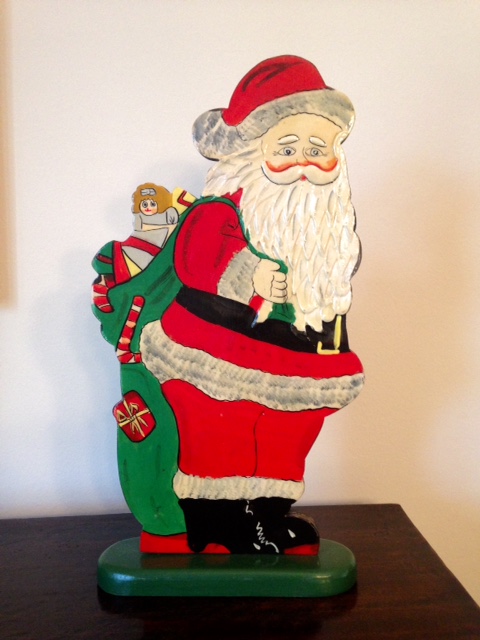 In 1822, Clement Clarke Moore wrote a Christmas poem for his three daughters, “An Account of a Visit from St. Nicholas.” This poem—now commonly known as “Twas the Night Before Christmas”—established the visual imagery of the modern Santa Claus and his behavior. The image was solidified in 1881, when cartoonist Thomas Nast drew on the poem to create the first pictorial representation of Santa Claus.
Ta-da! We have Santa Claus: rotund, cheerful, full white beard and mustache, bright red suit trimmed with white fur, holding a sack laden with toys for lucky children. He travels by sleigh and climbs down the chimney. 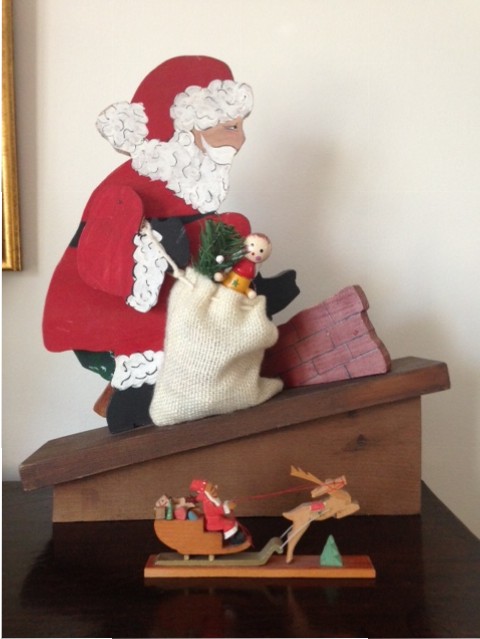 Everyone knows today’s mall Santas. In 1841, thousands of children visited a Philadelphia shop to see a life-size Santa Claus mannequin. Not long after, stores attracted children and parents to see a “live” Santa Claus. Our current images of Santa Claus were further popularized by the Coca-Cola Company’s Christmas advertising in the 1930s 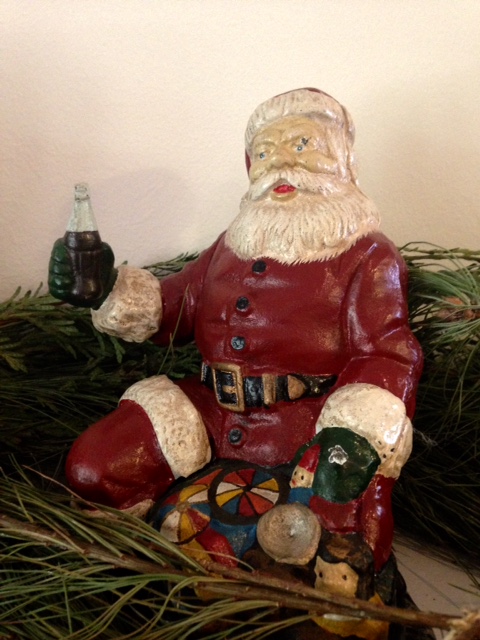 Education is the key to everything, and in 1937, Charles W. Howard established his Santa School, the oldest continuously-run such school in the world, teaching good Santa behavior and techniques. 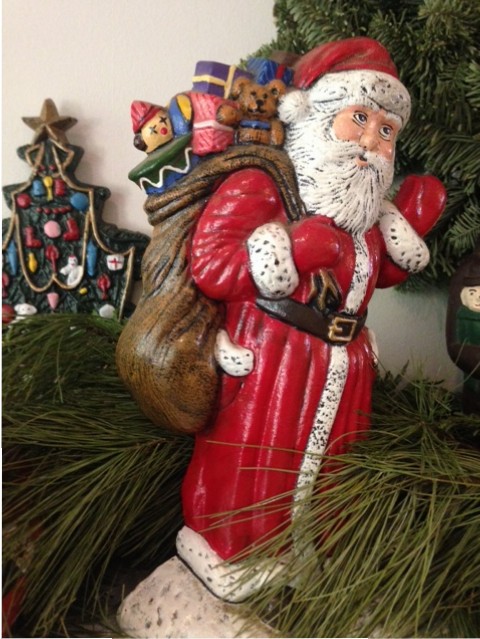 There was a time, after the popularization of Santa keeping a list of who was naughty and who was nice, when Santa was thought to deliver a bundle of switches or a lump of coal to naughty children. This has largely dropped by the wayside. 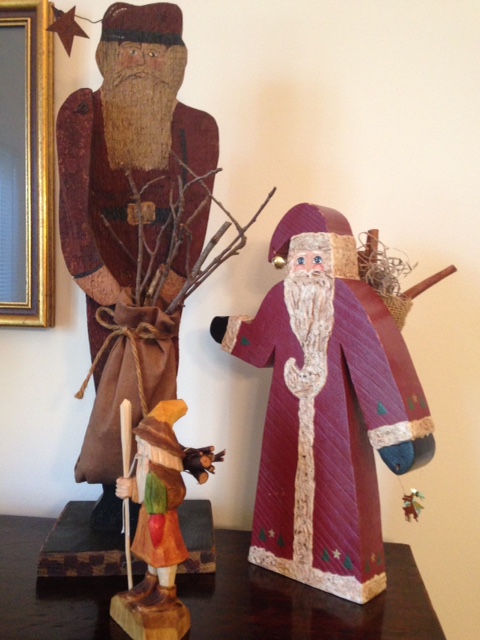 Psychology has no clear position on whether perpetuating the myth of Santa Claus is healthy or unhealthy. On the healthy side are assertions concerning creativity and imagination. On the unhealthy side are assertions that it is disrespectful of children and undermines their trust in their parents. If this is an issue for you, Google “Psychology on Santa Claus” and make up your own mind. 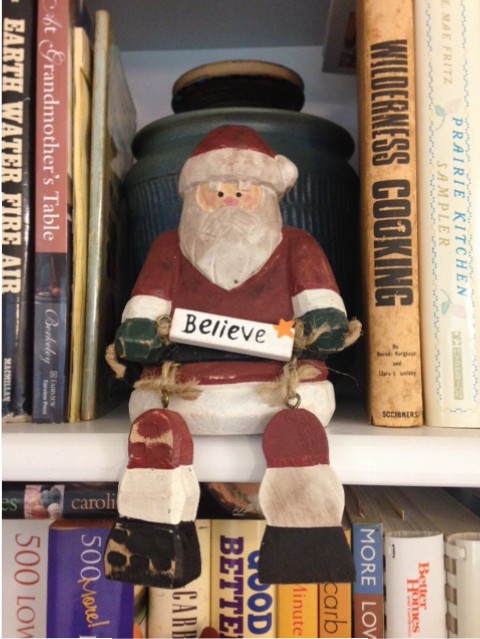 I will end in the spirit of the season, by noting TV producer Jonathan Meath’s observation that Santa is really the only cultural icon we have of a male who does not carry a gun, is all about peace, joy, giving, and caring for other people. Yay, Santa, in all your forms! 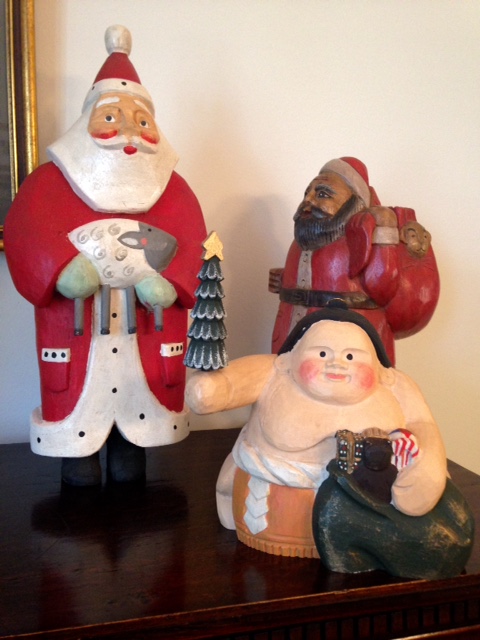