Skip to content
Frankly, I’m feeling dragged through a knothole! Besides all the usual holiday hassle, I am still recovering from cataract surgery and focus is sometimes a strain and sometimes just not a happening thing. I’m told this will resolve soon. In the meantime, when I can’t read, I can still watch! So here, for your watching pleasure, is a selection of Christmas movies based on books.
Although not as old as some, How the Grinch Stole Christmas (Dr. Seuss) is definitely a  classic.
The Polar Express by Chris Van Allsburg. The movie is a yes or no sort of thing, but it appears that most people like the book.
’Twas the Night Before Christmas (Clement Moore) is a secondary story in the film—but then, most movies vary from the books.
The Gift of Love (based on The Gift of the Magi by O.Henry )
The Nutcracker (based on The Nutcracker and the Mouse King by E.T.A. Hoffman) is more than a ballet. It’s been made into a movie at least three times—in 1993, 1986, and 2016.
A Christmas Carol (Charles Dickens) may be the most filmed book of all. Movie versions were released in 1938, 1951, 1984, 1999, 2001, and 2009; musical versions in 1970 & 2004; and various take-offs like Mickey’s Christmas Carol in 1983, Scrooged in 1988, The Muppet Christmas Carol in 1992, Ebenezer in 1998, A Christmoose Carol in 2006.
Hercule Poirot’s Christmas (Agatha Christie) for diehard mystery fans.
It’s a Wonderful Life by Jeanine Basinger
Rudolph the Red-Nosed Reindeer (Robert Lewis May) and Olive, the Other Reindeer (J. Otto Seibold & Vivian Walsh)
The Life & Adventures of Santa Claus (L. Frank Baum)
Technically, Miracle on 34th Street (Valentine Davies) shouldn’t be here, as the book and the movie came out simultaneously. But who wants to be technical?
And if you want still more movie options, go to imbd.com for 100+ Christmas movies based on books.
Of course, you should feel free to read the books instead—or even in addition! 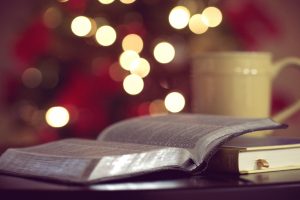