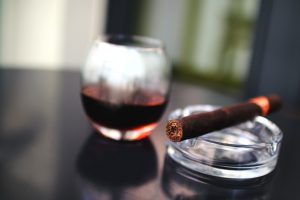 Indeed, people who drink the most, as a group, also consume the most tobacco. According to NIH research, between 80% and 95% of alcoholics smoke cigarettes, and approximately 70% of alcoholics smoke more than a pack of cigarettes per day (compared to 10% for the general population. Drinking influences smoking more than smoking influences drinking, but even so, smokers are 1.32 times as likely to consume alcohol as are nonsmokers. So, consider this linkage when bringing in alcohol and/or smoking in your writing. Why might your character indulge in one but not the other?
Recovering alcoholics have told me that it’s harder to kick alcoholism than addiction to other drugs. In the U.S., alcohol isn’t just legal, it’s ubiquitous. Even so, approximately 30% of American adults don’t drink alcohol at all. This number includes recovering alcoholics, but also people who don’t drink for health reasons, for religious reasons, from not wanting to feel out of control, etc. Why might your character choose not to drink at all? 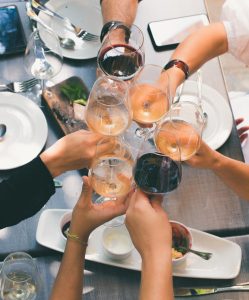 Many situations are loaded with expectations of alcohol consumption. Think of New Year’s Eve, wedding receptions, anniversaries, sporting events, fraternity and sorority parties, etc., etc., etc. How would your various characters respond to those situations? 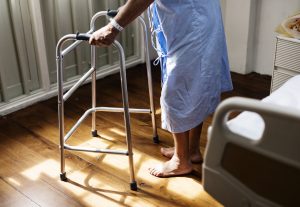 The last thing I want to say about smoking and drinking is that using both multiplies the effects of using either alone. For example, compared to nonsmoking nondrinkers, the risk of developing mouth and throat cancer are 7 times greater for those who use tobacco, 6 times greater for those who use alcohol, and 38 times greater for those who use both tobacco and alcohol.
The strong link between smoking and drinking is the result of chemical changes each causes in the brain. If, by chance, that brain chemistry is relevant to your writing, you can find a number of ALCOHOL ALERT papers at www.niaaa.nih.gov which offer more details and references. Suffice it to say, there is evidence that stopping alcohol and cigarettes simultaneously is more likely to succeed than trying to stop one or the other.
Earlier this week, I wrote a blog, “Why Smoking is Good for Writers.” In July of 2015, I wrote a blog “Alcohol for Writers.” For your convenience, I’ll excerpt some of that blog here:

…although I don’t advise writers to drink, I do advise knowing about alcohol. It’s such an integral part of life in America—celebrations, business dinners, relaxation, sports events, picnics, parties, all sorts of gatherings from weddings to funerals—that one can hardly write realistically without scenes involving alcohol. So here are a few basic facts you should be aware of and ready to justify if you go against them.