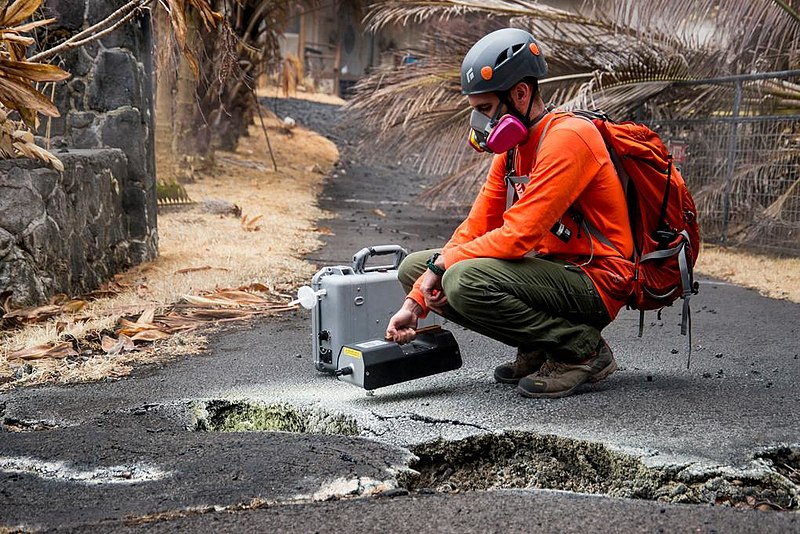 More good news: you don’t have to come up with situations and actions on your own! There are people who are trained to do exactly that. In fact, there is an entire industry of people whose job is anticipating and preventing every possible situation. In the US, they’re known as Emergency Managers. If I had this job, I’d write “Master of Disaster” on my business cards!

Go to ready.gov for more information than you’ll need. It’s easy to use and amazingly thorough. I, for one, didn’t even know that “space weather” is a thing!

Note to Writers:  Ready.gov is a great resource! Everything a competent protagonist can do to fare well in these situations, and by implication ways a bad situation could be worse, is laid out.  The Red Cross (and the International Red Cross and Red Crescent Organization), the DC National Center for Disaster Preparedness, the CDC, and the ADA websites offer more information for specific characters and specific situation types. This Wikipedia article about Emergency Management has links to international and country-specific organizations.

Types of Disasters and Emergencies

Emergency Managers prioritize hazards according to the type, size, and mitigation possibility of each situation. S.M.A.U.G. stands for Seriousness, Manageability, Acceptability, Urgency, and Growth. A knife-wielding, homicidal maniac running amok at the North Pole would be a very urgent situation, but world government are likely to declare the risk to be acceptable. On the other hand, a massive dump of hazardous chemicals in the Mariana Trench is not terribly urgent, but the risk is beyond management and likely to grow exponentially in scope.

“It is not realistic, even in developed countries, to expect that the governmental infrastructure will be able to reach everyone within hours,” says Daniel Barnett, a disaster preparedness researcher at the Johns Hopkins Bloomberg School of Public Health.  Research by Dr. Barnett and his team in 2012 showed that less than half (sometimes less than ten percent) of the American population has actually created an emergency kit.

Many websites provide guidance for putting together your own disaster preparedness kits.  Unfortunately, this information can be confusing, and multiple websites directly contradict each other. Should you prepare for three days or three weeks? Are water purification tablets more important than tents? How are you meant to store five gallons of gasoline safely?

A problem to consider in writing is the ability of a character to create such a kit. A family that is living paycheck-to-paycheck most likely can’t afford to keep three week’s worth of food, water, and medicine sitting around. Emergency Managers have found that often the people who are most in need of assistance (collapsed housing, cut off by flooded streets, unable to evacuate) are also the people who are least likely to be able to afford preparation.

Because they are common across many emergencies and disasters, there are some things everyone needs to prepare for: lack of clean water, lack of food, lack of electricity, and lack of information or documentation. Also, consider the risks and benefits of sheltering in place or changing locations.

In getting prepared, consider the special needs of infants, children, the elderly, and people with physical or mental limitations. Characters cut off from hospitals would need to know how to deal with medications and medical devices.

But if you (or your characters) aren’t DIY types, you can always buy what you need on-line. You can get kits for singles, couples, or families; for 72 or 144 hours, four weeks, a month, and probably more options.

Of course, disaster/ emergency food only supplies, suitable for refreshing/ resupplying a kit, are available.

Kits can and should be customized for specific situations, for example, wilderness survival. Urban differs from rural. Homes differ from workplaces. Seasonal shifts as well as geographic location are important. At the least, become knowledgeable about the risks common to where you live.

You can also buy kits prepared specifically for cats or dogs. For less common pets, such as macaws or bearded dragons, one may be forced to DIY. The ASPCA provides information for preparing ahead to care for animals in a disaster, including farm animals, reptiles, and birds.

Before a predicted disaster, someone has to make sure there are available helicopter landing pads, clean syringes in ambulances, sterno cans for field kitchens, and a million other minor details covered by a dozen organizations.

During a disaster, someone has to make sure the Search and Rescue teams are paired up with the Coast Guard boats, that the Red Cross medics are given transportation by drivers with appropriate vehicles, that everyone knows which evacuees should go to which shelter, and that all the aid organizations are communicating the same information.

After a disaster, someone has to direct potable water trucks to neighborhoods without reliable drinking water, ensure trauma counselors are available for everyone involved, prioritize sites for reconstruction, and all the other concerns that get lost in the fray.

Emergency Managers are trained to take care of all of these constantly evolving situations. They are familiar with fire fighting, emergency medicine, hazardous material control, containing nuclear fallout, and just about any other disaster or emergency situation that might arise. As a writer, you can use Emergency Management training materials to discover potential problems facing people (and characters) as well as possible solutions to those problems.

An Amazing Lack of Disaster

As an example of a disaster that did not happen because of the work of Emergency Managers. In 2015, Richmond VA hosted the UCI Road World Championships, an international cycling race. Obviously, there was the possibility of participants having an accident and needing medical attention, so ambulance crews were on stand-by. But that was just the beginning!

Because the Union Cycliste Internationale hosts road racing through cities, multiple streets had to be closed to traffic. This required coordination with Richmond Police to close the streets and the Fire Department and Paramedic services to ensure fire trucks and ambulances would still be able to reach local residents.

An estimated 500,000 visitors from all over the world came to Richmond for the week-long event, and they all needed food and places to sleep. Local hospitality and entertainment organizations coordinated with the Emergency Managers to be sure everyone could be accommodated without disrupting local school schedules, routine utility maintenance, trash pick up, commuters, etc. Richmond International Airport had to handle extra flights, and taxi and transportation services ferried extra people all over the city.

The race route had to have portable toilets, water stops, first aid stations, and timing checkpoints. All of these needed to be staffed by qualified people (maybe not the toilets). All of these also had to be protected from the elements and re-stocked throughout the week. Waste had to be collected and disposed of before it could pile up.

A huge crowd, elite athletes, international participants, and lots of media representatives add up to an ideal opportunity for terrorist strikes. That means extra police on duty, heightened security along the route, even FBI and CIA surveillance.

This was an event that had the possibility for all kinds of disasters: power grid overload, sanitation failures, respiratory disease spread, violent crimes or rioting in the crowded streets, inaccessible hospitals, planes colliding on runways, chemical attacks, bombs, and the list goes on. Not a single one of these disasters happened. That’s not a very exciting headline, but it demonstrates how many disasters Emergency Managers are trained to foresee and prevent.

Along with the types of preparedness plans above, familiarize yourself with the agencies and services to help you.

BOTTOM LINE: Being prepared is both a generic and a specific state.