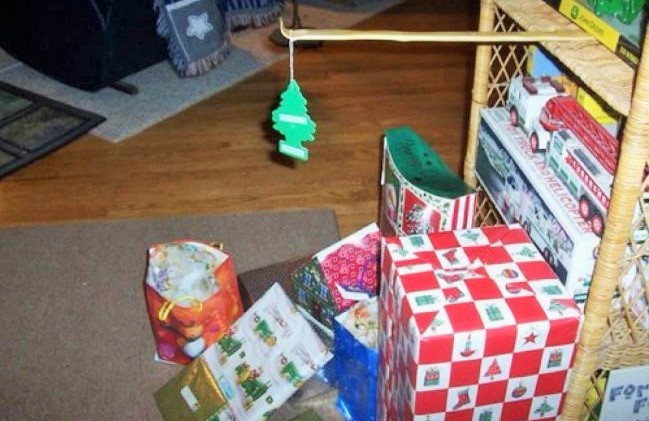 Long before the coming of Christianity, evergreen plants had a special meaning for people in winter. Ancient Europeans hung evergreen boughs over their doors and windows. In many countries, people believed that these would keep away witches, ghosts, evil spirits, and illness. The Romans used fir trees to decorate their temples at the festival of Saturnalia. Today, Christians use it as a sign of everlasting life with God. Why can’t it symbolize all those things?

The first person to bring a tree into the house, in the way we know it today, is thought to have been the German preacher Martin Luther in the 1500s. The lore goes that he was walking home in winter, was impressed with the stars shining through tree branches, and cut a tree to take home. He put small lit candles on the branches to share his vision with his family.

There are other stories, for example about St. Boniface of Crediton leaving England to travel to Germany. But this isn’t an encyclopedia, so I’ll move along.

The Christmas tree came to Britain sometime in the 1830s, and became popular in 1841 when Queen Victoria’s German husband had a Christmas tree at Windsor Castle. From England to the United States, from candles to electric lights, the evolution continued.

Artificial Christmas trees have long been popular, from the trees made from colored ostrich feathers in the Edwardian period on. Over the years, artificial trees have been made from feathers, papier mâché, metal, glass, and lots of plastic. Now lawns sometimes sport inflatable trees!