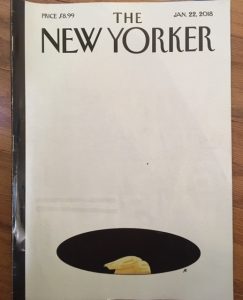 As you’ve probably gathered by now, I’m a fan of The New Yorker magazine. I like their covers. I like their cartoons. And I especially enjoy “Shouts & Murmurs.”  This particular issue has one that totally cracked me up. 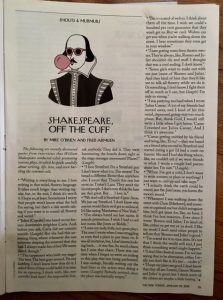 It is a parody of a modern-day interview with Shakespeare. It purports to be newly discovered quotes from interviews with the Bard when he was promoting his work. Shakespeare says things such as, “I hate getting notes from theater owners. They’re always, like, Romeo and Juliet shouldn’t die and stuff. I thought that was a cool ending. I don’t know.” I’d recommend getting this issue for that article alone. 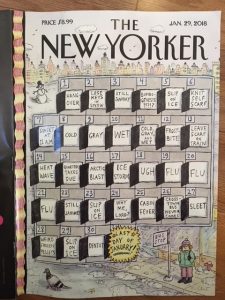 This week’s “Shouts & Murmurs” takes on the current issue of the relationship between the U.S. and North Korea. It is unabashedly making fun of Trump, and if you are a fan of the president, you would think it insulting rather than humorous. But If you are a Trump supporter, you probably wouldn’t be reading The New Yorker much anyway. 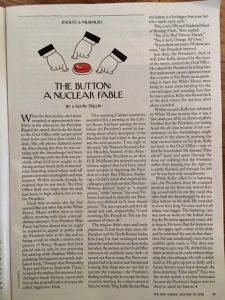 But as a writer, it is worth reading regardless because it is a good example of what some—lots of?—people find funny.
Wikipedia lists 23 genres of comedy in this format: 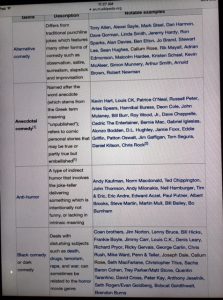 Consider the various forms of comedy. What do you find funny? And would any of them enhance your writing?