Skip to content
I’ll start by confessing that I did less of it than I planned! Between walking miles every day (literally), consuming enough wine, cheese, and desserts to pack on five pounds, and napping on the bus between cities, the time just flew by. On the other hand, I did promise a report, so here it is. 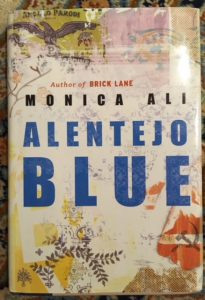 Bueno: A Love Story set in Spain by Christy Esmahan is delightful. The “hero” is Harvey Jones, an American and novice headmaster of a private school in Spain, the Cantabria American School. Although there’s no hint of a love interest in the first half of the book, it drew me in immediately. Harvey is full of good intentions but he’s on his own in a strange place where he knows nothing of the politics among the teachers, the Board members, the parents, and his mentor. The priorities of the president of the Board, largely responsible for hiring him, are not shared by the teachers and parents.
Harvey has come to Spain in part to be closer to his brother, recently deceased, who was killed in a terrorist attack while living there. He’s taking classes in Spanish to improve the Texas version he arrived with. His nemeses take advantage of that and start calling him “Cinco” because when the J in Jones is silent, as it is in Spanish, it becomes the verbal slur “sin cojones.”
This is Book 1 in the Cantabria American School series and I fully intend to find Book 2! But when shall I get back to Don Quixote and Tales From the Alhambra? I acquired them abroad and haven’t really started either!