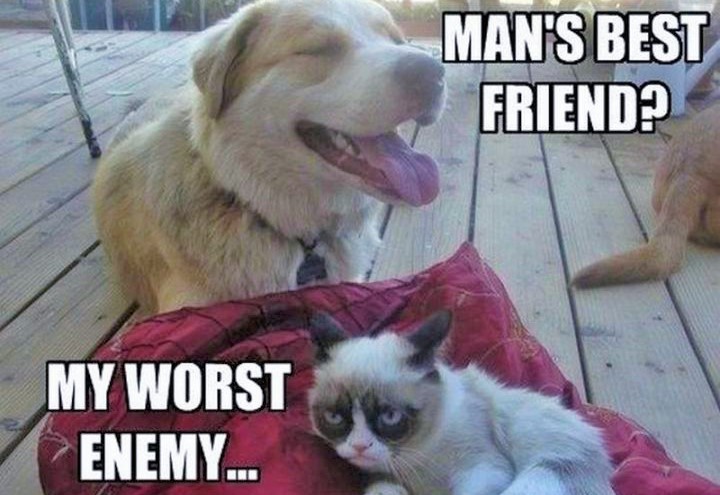 Cats and dogs have notoriously different needs and characteristics, but either can be good models for characters.

The first large dogs appeared in Russia about 15,000 years ago. There were smaller dogs in Western Europe at about the same time, and other wolves were domesticated in China a little later. Modern dogs are mostly a mixture of all three types.  Worldwide, there are 360 recognized breeds, not counting those being created but not yet recognized.

There are 40 recognized cat breeds.  Domesticated cats have been around since 3600 B.C., 2000 years before Egypt’s pharaohs.

Question: Is your character from an old/first family? A pillar of society? A mix of different cultures and upbringings?

Flexibility: Cats have free-floating bones (clavicles) which allows them to move more freely, making them more flexible.  Cats are able to get through any openings they can get their heads through.

Appetite: Dogs win hands-down in eating contests, sometime gorging a whole meal in just a couple of bites; cats tend to eat more gracefully, and slowly.  (FYI, this is because cats cannot move their jaws horizontally; they can only  open and close.)

Agility: Unlike dogs, cats are able to jump (up to six times its length) and climb, which aids them in hunting and makes it easier to flee from danger. Their sharp, retractable claws provide a distinct advantage when it comes to catching prey and defending themselves from bigger predators. Because of this, cats have no need to work together to care for themselves. It also makes them territorial.

Balance: Most female cats prefer using their right paw, while males are more likely to be “left-pawed”.

Question: Are your characters’ strengths and/or weaknesses more cat-like or more dog-like?

Memory: Research under controlled laboratory conditions have demonstrated that both dogs and cats exhibit what’s called episodic memory—i.e., their brains make possible the conscious recollection of events as they were previously experienced. It’s a rare trait in animals.

Cats have a longer-term memory than dogs, especially when they learn by actually doing rather than simply seeing.

Training: Dogs are generally the easier of the two to train. A dog’s pack mentality makes him ready to follow a leader and makes him generally more obedient by nature.  You can teach an old dog new tricks. Although eager puppies soak up information (just like human children), dogs can learn at any age (also like humans).

Cats can be trained, but not as thoroughly as dogs. It requires a lot of patience and consistent practice to get past their willful nature. With cats, it’s best to focus training on establishing boundaries.

A cat’s cerebral cortex (the part of the brain in charge of cognitive information processing) has 300 million neurons. That’s almost double a dog’s.

Emotion: A cat’s brain is 90% more similar to a human’s than to a dog’s. Cats and humans have nearly identical sections of the brain that control emotion.

Dogs don’t feel guilty. They might look guilty at having done something wrong, it’s just their reaction to being reprimanded. Over the millennia, dogs have evolved to mimic human facial expressions to ingratiate themselves and get more treats. However, dogs do feel intense affection for their favorite people. Researchers demonstrated that dogs’ heart rates increase when their owners speak to them or call their name.

Dreaming: Both cats and dogs dream, as evidenced by brainwave patterns similar to humans.

Questions: Is your character more a pack animal or a loner? What are his/her strongest brain functions?

Pack or Solitary: Dogs are hardwired with pack instinct that generally makes them social, friendly, and all too happy to belong to a group. Dogs instinctively go wherever their pack goes, which makes them more readily accepting of new experiences, such as travel or moving. Dogs are good followers.

By contrast, with the exception of lions, most cats in the wild are solitary nocturnal hunters. Cats have no need to work together to thrive.  As solitary animals, they are okay alone all day.  Their independence may make them seem aloof.  Cats can be content as long as they have the essentials.  They do enjoy social interaction, though.

Stimulation: Cats would do much better in COVID lockdown or other confinement than dogs!

Schedule: Dogs are diurnal; cats are nocturnal and like to roam the house at night. Cats sleep 70% of the times.

Question: what is hard-wired in your character?

Body Language: A cat’s whiskers pointed forward is a sign of inquiry or curiosity; pointed back is a sign of fright/not wanting whatever is coming its way.

The way a dog wags its tail can tell you its mood. It’s suggested a wag to the right means happy and to the left means frightened. Low wags indicate they’re insecure.

Within a pack, dogs communicate almost entirely through body language. Much of this body language can be copied by humans to communicate with dogs, including eye contact, head position, torso angle, and invading or conceding personal space.

Vocalization: Dogs are able to understand 200 words, the same number as a two-year-old human.

Cats make more than 100 different sounds whereas dogs make around 10. The basenji is the only breed of dog that can’t bark. However, they can yodel!

One study indicated that hungry cats ‘meow’ in the same frequency as a crying baby, hitting the human brain right in the obnoxious evolutionary hindbrain (especially in the middle of the night).

Question: Does your character communicate (send and/or receive) better with verbal, non-verbal, or paraverbal skills?

Smell: A dog’s sense of smell is up to 100,000 times more than humans.  Bloodhounds are able to trace scents that are over 300 hours old.

Vision: Cats see more colors than dogs do.  Dogs see primarily on a blue and yellow scale; they can’t tell the difference between green and red.  Visual acuity is better for dogs, but cats see better in the dark.

Hearing: Cats can hear almost a full octave higher than dogs (sounds as high as 64 kHz), and both can hear in the ultrasonic level.  Hearing is the strongest of a cat’s senses.

The ability of a cat to find its way home is called “psi-travelling.” Experts think cats either use the angle of the sunlight to find their way or that cats have magnetized cells in their brains that act as compasses.

Question: Which of your characters’ senses are most highly developed? Did that come naturally? Was it/them honed on purpose?