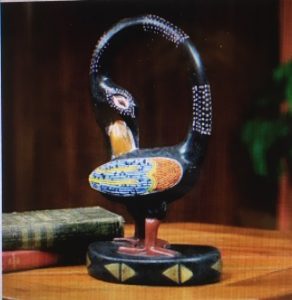 In writing class yesterday, one of the other students enlightened us all about “sancofa” bird. I found it fascinating and so did a little research on Wikipedia. It seems the more common spelling is “sankofa.”
Sankofa is a word in the Twi language of Ghana that translates as “Go back and get it.” (San = to return, ko = to go, fa = fetch, to seek and take.) It also refers to the Asante Adinkra symbol represented by a stylized heart shape, common in adinkra cloth in Ghana and wrought iron fences in the U.S. 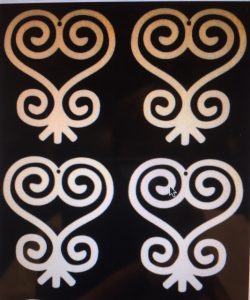 But the bird image is what really struck me. Its feet face forward, head turned back, an egg in its mouth. “It symbolizes taking from the past what is good and bringing it into the present in order to make positive progress through the benevolent knowledge.” It appears on many objects to foster mutual respect and unity in tradition. In North America, sankofa symbols are featured at the African Burial Ground National Monument in NYC and the National Museum of African American History and Culture in Washington, D.C. Indeed, such symbols are all over Washington, D.C., New Orleans, and New York City. 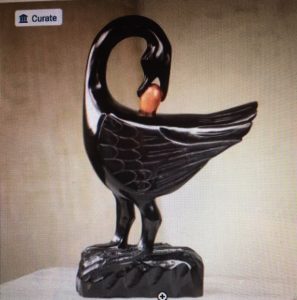 Sankofa appears often in tattoos, songs, and the names of musical groups.
All of this reminded me of the ubiquity of bird symbolism and the belief in birds as omens of the future.
The flight of birds makes them good symbols of the links between heaven and earth. The bird as a symbol of heaven stands in opposition to the snake, a symbol of earth. A bird is often seen as a messenger from the gods or forewarning. In general, birds are associated with spiritual states, angels, and higher forms of being. But individual types of birds often have specific meanings. Here are a few of the most pervasive ones, from all over the world. 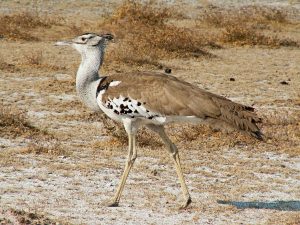 The bustard is a symbol of the marriage of souls, of fertility, and of the descent of souls into the material world. It is common to many Berber tribes of Marabouts. The tuareg of Aïr, south of Hoggar, have their shields charged with a pair of of bustard’s feet. This same type of symbolism can be found in the Far East, in the crow’s foot of the Celtic world, and on the robes of Uralo-Altaic shamans, and in the caves of Lascaux. Even though it’s old, it can still be useful to writers. 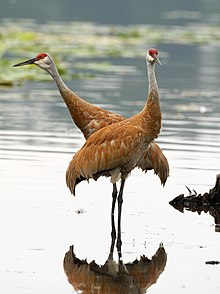 In Asia, cranes are symbols of long life. 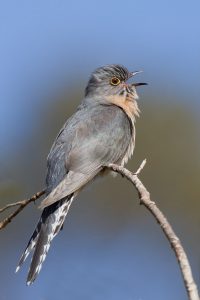 Cuckoos are welcomed as a sign of spring in Europe, and are omens of a happy marriage. 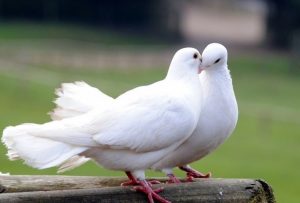 Doves symbolize love and peace. Dreaming of them means happiness is at hand. 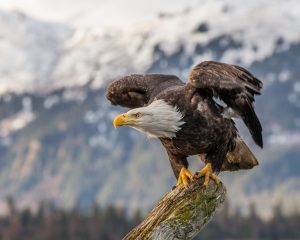 Eagles are held sacred by Native Americans. Their claws and bones are believed to drive away illness. And as the symbol of the U.S., the bald eagle stands for endurance, independence, and courage. 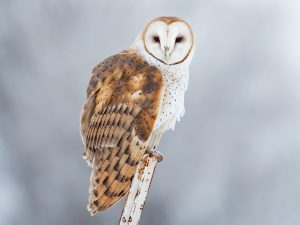 Owls are considered prophets of doom. In ancient Rome as well as modern European and American superstitions, a hooting owl warns of death. In Greece, the owl is associated especially with Athena, goddess of wisdom and fertility. 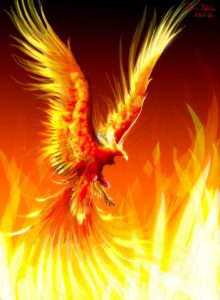 The phoenix is mythical, of course, but supposedly it dies by fire, then rises from its own ashes after 500 years! Therefore, it is a symbol of renewed life. 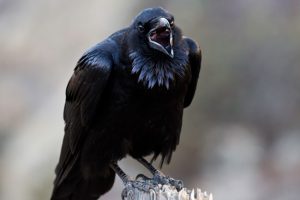 I especially like crows and ravens. Ravens, in particular have been revered by sailors, especially Viking explorers, for their ability to find land. Some cultures believe ravens can predict death and disease. Folklore has it that the raven’s sense of smell is so acute that it can smell death before it comes. 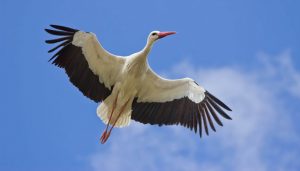 Although a stork is among the unclean beasts, in general it’s considered to be a good omen. Storks are symbols of good luck, of filial piety. In folklore—fairytales?—storks deliver babies, and some endow the stork with the power to cause pregnancy by its glance.
Bottom line: Stories often include symbolism, so why not insert some on purpose? Practically any bird—or animal— will do. Just look it up. Alternatively, use the superstitions and mythology to begin stories of magical realism.