Skip to content
Many people—arguably most people—consider book authors as the only “real writers.” After all, that’s mostly what bookstores are all about. Plus, most of the best known writers are/have been book authors. I’ve published three novels, and I must admit that completing a book is very gratifying. But let’s not diss short stories or their authors!
At this point, my short stories—fiction, memoir, and essays—have been published by more than fifty literary journals and anthologies, from Adanna to Xavier Review. (Visit this page of my website to see a complete list of publications and read some examples of my short stories.) One answer to the why bother question is that once there are enough, one can publish a collection. And I’ve done that. 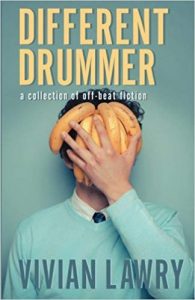 Another reason to bother is that it’s a way to start writing for publication. People who blanch at the thought of writing 70,000 to 110,000 words can face the challenge of writing 3,000-5,000 words. Several of the contributors to Virginia is for Mysteries have subsequently published books, including Maggie King, Fiona Quinn, and Heather Weidner. I published several short stories before my first novel (Dark Harbor) was finished. 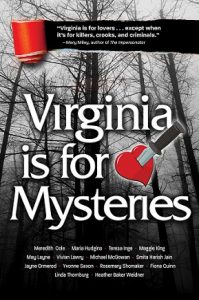 Also, sometimes a short piece in one anthology can lead to another. Many of the contributors to Virginia is for Mysteries also appear in Virginia is for Mysteries Vol. II.  And several also will appear in Southern Deadly Charms. All of these are projects of Sisters in Crime/Central Virginia.
And having made friends with compatible fellow writers, some might choose to peel off and go in another direction. One example of this is an anthology, Fifty Shades of Cabernet. Another example is the collection of four novellas, To Fetch a Thief.
Other ways to get short stories into anthologies.  One is to find a call for submissions for a themed collection. This is how I placed a story in Malice Domestic Mysteries Most Historical (#12). “The Tredegar Murders” is set during the Civil War. Another path is to have a story accepted and then included in a subsequent anthology. My short story “Aunt Fan’s Private Journey” was published in Drumvoices Review in 2007. When Drumvoices Review produced a 20th anniversary volume (Volume 17) in 2011-2012, my story was chosen for inclusion. When shall I ever again be in the same collection with Maya Angelou? 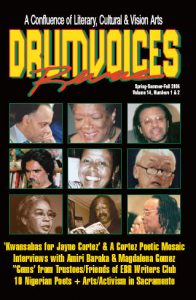 So, short stories can end up in books in several ways. But publishing “beyond” literary journals and magazines isn’t necessary for writing short stories to be gratifying.
The gratification of writing short stories comes in many forms.
(1) The variety is endless. My short stories include magical realism, horror, memoir based fiction, historical fiction, mysteries. fantasy, literary fiction—no holds barred! Short stories are usually one-off, unlike a series of novels; the characters often have nothing to do with one another. But they can! I have now published four short story mysteries featuring the same Civil War prostitute/amateur detective, Clara.
(2) Writing short stories hones one’s writing skills because every word counts. There isn’t room for wandering off on tangents.
(3) Publishing short stories doesn’t require long delays of gratification. Traditionally publishing a book involves not only writing it, but months or years finding an agent, more months or years while the agent finds a publisher, and a couple of years in production. (Much of this can be short-circuited with self-publishing, but that’s a different topic.) Although there can be lags between acceptance and publication of short stories, it doesn’t typically stretch over years! Indeed, I had an acceptance last week that should be out in April! The publishing speed for short stories is especially fast for online journals.
(4) Having one’s work accepted by an edited journal is an ego boost! It’s an affirmation of the quality of the writing. Every time I get an acceptance, I paste a virtual star on my forehead. 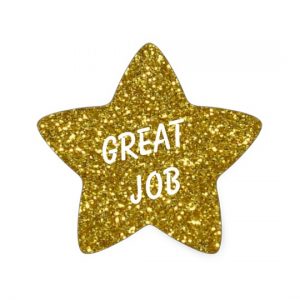 Bottom line: Short stories are wonderful! Try it, you’ll like it!