Below are a few writing tips I’ve written about before that are definitely still applicable today. What writing tips have you received that have helped you the most?

Watch out for dialogue 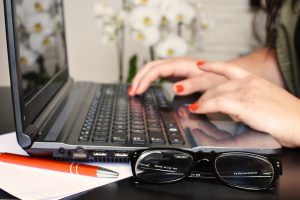 Don’t have characters tell each other things they already know just because the reader doesn’t know those things. For example, if two sisters are talking, it’s highly unlikely that one would say, “When Mom and Dad adopted our brother John, I was devastated.” Find another way to convey relevant relationships or bits of backstory to the reader.

Another no-no is to have an exchange between two people weighed down by repeatedly calling each other by name. “Hello, John.” “Hi, Sharon.” “How are you doing, John?” “Oh, Sharon, I am so low I have to reach up to touch bottom.”

A third negative is putting in greetings and leave-takings that are pro-forma, tell us nothing about the characters, or don’t move the story forward. Just because they would happen in real life doesn’t mean that every amenity has to be spelled out to the point of diluting the scene. 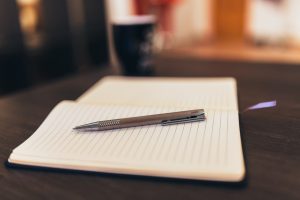 The basic rule is that short, simple sentences–even sentence fragments–convey more energy than longer, more complex sentences. They are less likely to be beautiful in the poetic sense, but they carry more punch.

Take an emotion such as anger. If it is a long-held, smoldering anger, longer sentences with modifiers and clauses might be appropriate in a narrative passage. But if it is an anger outburst or a heated argument, you are more likely to want short sentences.

If you use lots of ands, buts, whens, and thens, consider if wordiness is sapping energy from your writing. Consider breaking one long sentence into two or more shorter ones. 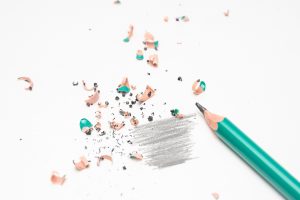 Whether describing a person, a place, a thing, or a process, long detailed descriptions–unrelieved by action–are likely to be deadly. If very well done, readers will get so involved in the description, in visualizing exactly what the author had in mind, that they are taken out of the story itself. If not well done, those passages are likely to be skipped altogether. Elmore Leonard advises leaving out the parts that readers skip anyway. Replace length with strong, vivid, memorable language.

In describing people, go for details that will help define the character for the reader. For example, describing an employee saying, “Her dress was black and blue and ruffled, better suited to a ballroom than a boardroom,” would not create the same image in the mind’s eye of every reader but it’s likely to convey the same impression–which is generally much more important.

And consider not describing transportation at all. If you need to get your character from New York to Philadelphia, put her in a car, a plane, or a train, get her out again, and let it go–unless something important to the story happens in transit. Even then, skip as much of the before and after as possible.

Finally, leave out the parts of routine actions that the reader can assume. For example, if a man is going out and locks the door behind him, we know without being told that he had already opened the door and closed it again.