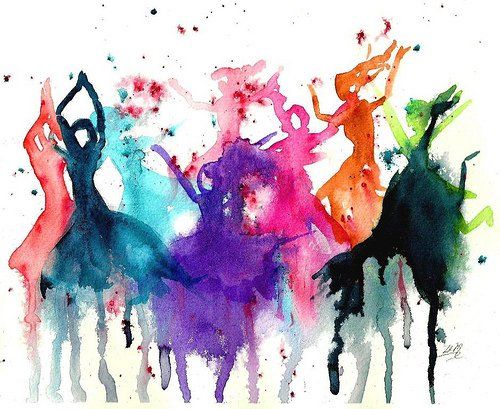 As everyone should know by now, given recent events and news coverage, who you are and how you look makes a difference across the spectrum of American life. Writing (and publishing your writing) is no exception. I want to thank Kathleen Corcoran—friend, colleague, and occasional guest blogger—for suggesting this topic. In case you missed the photos on the header of my blog, I should clarify that I am a white woman and thus am relying on outside resources.

Black Authors Get Fewer and Smaller Advances Than Their White Counterparts

Take a look at the author photos on the shelves of just about any bookstore, and you’re likely to be confronted by an overwhelmingly pale gallery. The science fiction and fantasy shelves tend to be even more monochromatic.

The disparity in pay is one reason Black authors are less likely to be full-time authors. Through the magic of Twitter, people were shown just how wide that disparity is. Here are a few instances from #publishingpaidme, started by Black fantasy author LL McKinney.

Possible explanation: according to a survey earlier this year by Lee & Low Books (publishers of children’s books), 76% of workers in U.S. publishing identified as white.

Romance writer Jasmine Guillory said, “Publishing is still a business owned by white men,” and “And, you know, the people at the top are all white men.” She made these comments in a Washington Post podcast titled Black Women on Race and Genre, in which Martine Powers talked with N.K. Jemisin, Jasmine Guillory, and Lauren Wilkinson about these issues.

In that podcast Wilkinson noted that in spy novels, from James Bond and John le Carré on, the super spies look very male and very white. So she wrote American Spy featuring a Black woman, Marie Mitchell.

Japanese American author and literary critic David Mura has written extensively about the race, gender, and identity the world of publishing. In his article about changes in the traditional path to publication, Mura identifies another challenge facing Black science fiction and fantasy authors.

As far back as 1980, Octavia Butler (afrofuturist writer, “The Grand Dame of Science Fiction”) was asking why science fiction is so white. Transmission Magazine published her essay, “The Lost Races of Science Fiction.” It has been reprinted in GARAGE Magazine, Issue 15, September 4, 2018.

Traditional wisdom held that making a main character a person of color will change the focus of the story. The advice was to substitute some sort of alien for the minority human. These things were actually taught in creative writing classes! Butler maintained that if a writer can see minorities for all their humanity—faults, skills, problems, aspirations—writing minority protagonists won’t derail the plot.  Butler’s essay still seems spot-on to me, and I recommend reading it!

[R]emember when men represented all of humanity? Women didn’t care much for it. Still don’t. No great mental leap is required to understand why blacks, why any minority, might not care much for it either. And apart from all that, of course, it doesn’t work.

An Evolution May Be in Progress

The Racial Imaginary: Writers on Race in the Life of the Mind was published in March, 2015. Edited by Claudia Rankine, Beth Loffreda, and Max King Cap. I just came across this title and haven’t read it, but it seems to be on point.

Ramón Saldívar is a professor of English and comparative literature at Stanford University whose scholarly work is with ethnic literature.  Stanford News, January 17, 2017 profiled Saldívar prior to the publication of his book The Racial Imaginary: Speculative Realism and Historical Fantasy in Contemporary Ethnic Fiction.

He studied works by African, Asian, Mexican, Dominican, and Native Americans. All were born after the civil rights movement of the 1960s. His overall conclusion is that these writers find new ways to imagine and talk about race through fiction.  “They are combining representations of race and racial identity with the wildest literary experimentations one could imagine.” And this is across all genres.

If you want to read what he’s talking about, here are examples of authors he studied, including several prize winners.

April 17, 2018 The New York Times Match Book replied to the following query: “I’m hoping you can save me from the literary doldrums. I’m looking for black authors who can both get me excited about reading again and inspire my own writing.” The writer then gave examples of writing she likes, following with, “I need to know that there is an audience out there for mystery, suspense and science fiction written about black characters by black authors, so I don’t feel like I’m writing in vain.” Here are The New York Times recommendations. If you want descriptions of each, check out the post online.

Bottom Line for Writers: the time is long overdue to break the molds and end systemic bias in publishing.

Why Do So Few Blacks Study Creative Writing?

Always the same, sweet hurt,
The understanding that settles in the eyes
Sooner or later, at the end of class,
In the silence cooling in the room.
Sooner or later it comes to this,
…
And she has to know, if all music
Begins equal, why this poem of hers
Needed a passport, a glossary…

Cornelius Eady
The Gathering of My Name (CMU press, 1991)