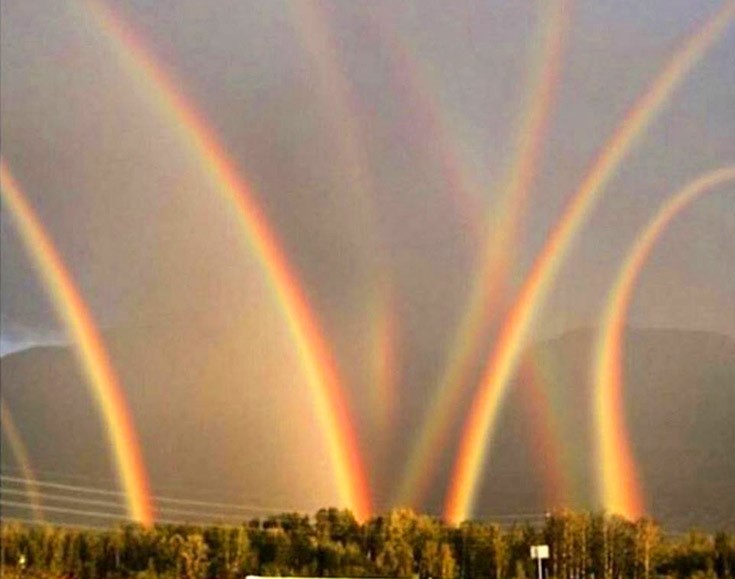 Below you will find facts, maybe useful in your writing, definitely fun—IMHO. As the title says, this is just the facts. If something catches your eye, you can find more about it online. (Most of these are on multiple websites, so list is just for your convenience.)

Five of the ten deadliest poisonous snakes are native to Australia

Many dogs have served US military campaigns, even earning medals, awards, and combat ranking.

The official state drink for Ohio is tomato juice

The national animal of Scotland is the unicorn

Hmong, Silbo Gomero, Yupik Inuit, Amazigh, Wam Akhah, and Kuskoy are only a few of the more than seventy communities who communicate by whistling

Whistles travel about ten times farther than spoken words, up to five miles

The letter E occurs in 11% of all English words

in 1998, twelve hundred human bones were found in the basement of the London house where Benjamin Franklin lived, dating from the time when Franklin was staying there. Whether the constantly curious and observant Benjamin Franklin knew what was in his basement… the world may never know.

The healthiest place to live is Shangri-La Valley in Panama

The first iPhone was made by Cisco

King Pepi II, Egyptian pharaoh, had a slave coated in honey to draw insects away from himself

Dolphins have been trained to be used in wars: Russia, Ukraine, Iran, and the US have all had Military Marine Mammal divisions at some point

There are approximately 2,000 moving parts in a modern pedal harp

Pro baseball once had women players, mostly to keep stadiums full during WWII

Onesimus, an African slave in Boston, was the first person to introduce inoculations to the American colonies in 1706

Most dogs can learn to recognize about 165 words

Dinosaurs lived on every continent

The legend of the Loch Ness Monster goes back nearly 1500 years, first spotted in 565 AD

Two-three teaspoons of raw nutmeg can induce hallucinations, convulsions, pain, nausea, and paranoia that can last for several days, and rarely, death

For 100 years, maps (including Google Earth) have shown Sandy Island off the north-west coast of Australia, though cartographers have been demonstrating that it does not actually exist since at least 1974

It is illegal to allow a dog to fight a pig in an enclosed space in Florida, but perfectly legal to use dogs to hunt wild pigs

If a pickle doesn’t bounce, it cannot be called a pickle, according to Connecticut law

The English Monarchy owns at least two private properties, one in the Moors of Shropshire and one in London near the Royal Courts of Justice, addresses unknown

Note to writers: plot lines and/or esoteric knowledge for characters, use as you will!