Ashland, Virginia—self-designated decades ago as the Center of the Universe—is a small town about 15 miles north of Richmond, home of Randolph-Macon College. Ashland is a railroad town predating the Civil War, originally built by executives of the RF&P Railroad. 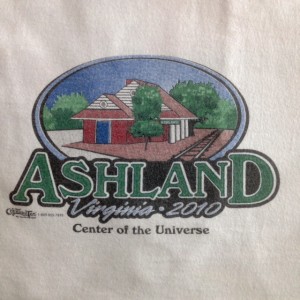 However, that doesn’t stop the town being very bicycle friendly. Every nice weekend day cyclists swarm at Ashland Coffee and Tea, taking breaks during their enjoyment of rural Hanover County roads.

In the spirit of race week, Ashland’s Main Street Association invited merchants and residents to welcome cyclists and fans by decorating bicycles.

I want to share with you a sampling of what you can see if you walk around the bicycle gardens in the center of the Center of the Universe! 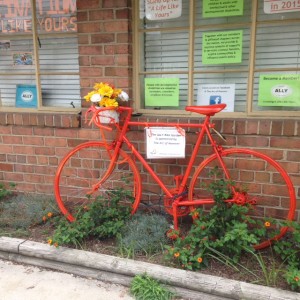 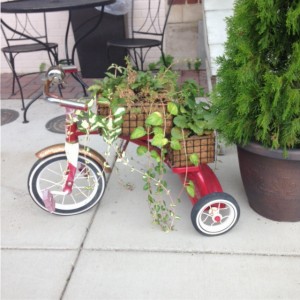 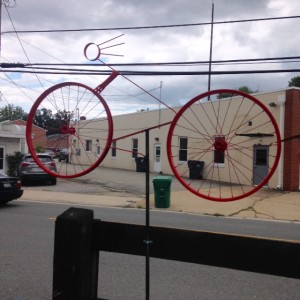 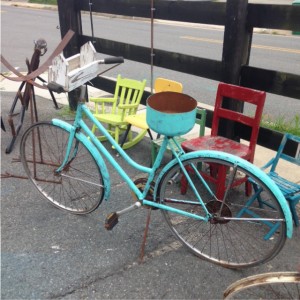 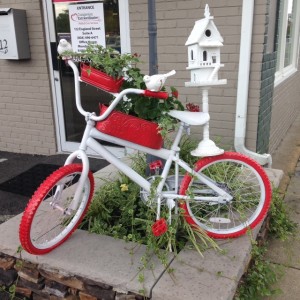 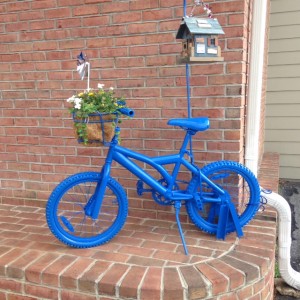 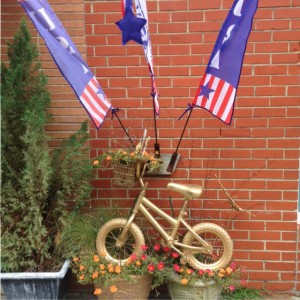 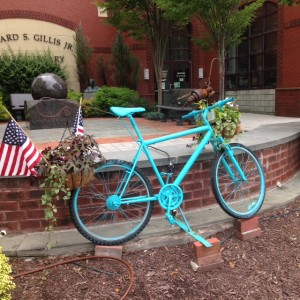 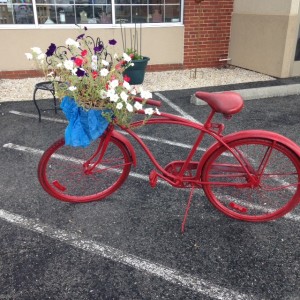 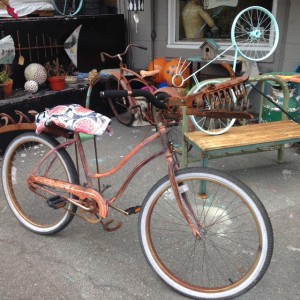 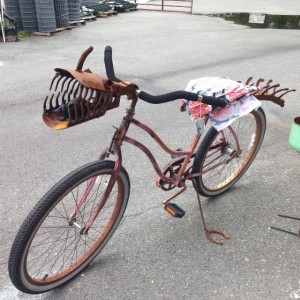 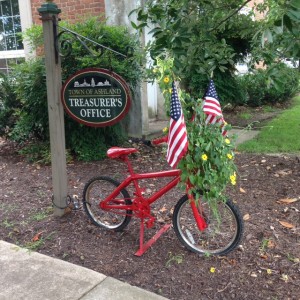 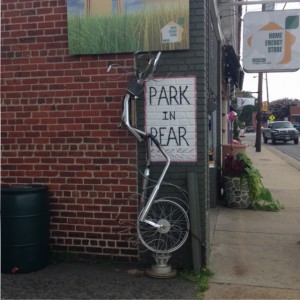 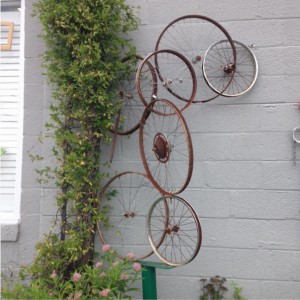 Ashland offers tourist information at the Train Station Visitor’s Center. You can get a bike garden scavenger hunt map there, as well as a self-guided walking tour of historic places. 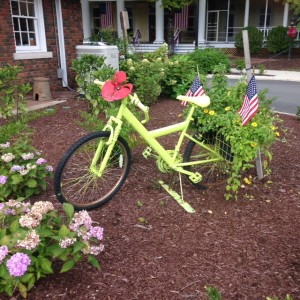 And in downtown Ashland, you can get good food that does not come from a chain restaurant! (Of course, if chains are your thing, there are bunches around the I-95 exit, and along Rt. 1 and Rt. 54, very convenient.) There are antique stores and fun shops. Bottom line: something for everyone. Y’all come! 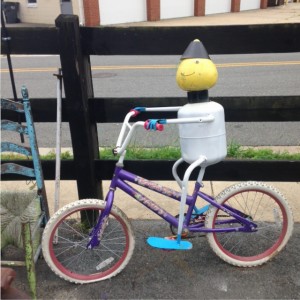 The Road World Championships (Worlds) is cycling’s pinnacle event, held annually in an international city as chosen by the Union Cycliste Internationale (UCI) through a competitive bidding process similar to the Olympic Games.

Worlds is a nine-day event, featuring 12 Championship races for Elite Men and Women, Under 23 Men and Junior Men and Women. It is a rare opportunity for the athletes to compete for their country, just as they do during the Olympic Games.