Someone recently forwarded this article about effective first-person writing to me. It’s a great resource for writers who are having trouble writing from different points of view. Here’s an excerpt:

A filter word puts distance between the reader and your character, filtering that character’s experience… What did I remove? I thought, I saw, I could hear. In other words, I removed anything that had you, the reader, looking at her looking at things, rather than looking at the things she saw.

This is true first-person: being behind the character’s eyes.

Check it out and leave a comment on the article with your results! 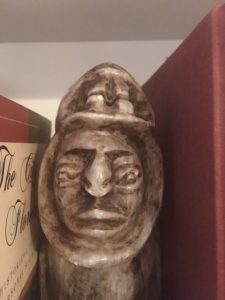 We all know about Point of View. It’s the narrator’s position in relation to the story being told.
With the objective POV, the writer tells the story entirely with action and dialogue. S/he never discloses anything about thoughts or feelings, leaving it for the reader to infer these from the dialogue and action. 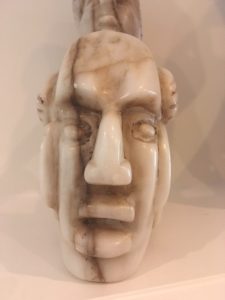 In my experience, writers more often choose to get inside the head and heart of one or more characters.
The closest POV is when the narrator is “I.” I struggled to speak around the lump in my throat. My heart thundered painfully in my chest. I planned the meal carefully, including all of Dad’s favorite dishes.
A step more distant is the third person POV—he, she, or it felt, thought, planned, reacted…
And then there are stories with multiple POVs—not that there’s anything wrong with that! But it is risky. Authors who do it well clearly lead the reader from one head to the next. One good exemplar is Diana Gabaldon. When she’s writing from Claire’s POV, it is first person. Everyone else is third person, and these shifts are typically by chapter.
The danger is changing POV within scenes. For example, a couple argues intensely and the writer tells the reader what each is thinking and feeling. Why is this a problem?
The challenge is to be consistent when two POV characters are in the same scene. It’s incredibly easy to accidentally give the non-POV character fleeting thoughts or feelings.
Head-hopping is jumping from one POV to another quickly, with no warning to the reader. It makes the story feel choppy and can be confusing.
Doing it right means signaling the changes to the reader by chapter breaks or the ubiquitous *** that signals something is changing. The writer sticks with  any given POV for the duration of the chapter or scene.
And one last consideration: Readers typically identify with the POV character—whether “I” or a third person “s/he.”  With multiple points of view, the reader may have difficulty deciding who to root for. And the more POVs included, the greater the difficulty. 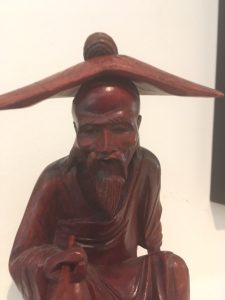