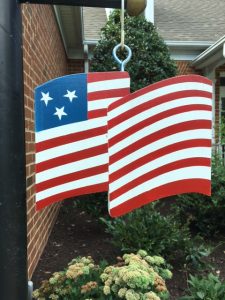 From early childhood—before I was even old enough to know what the holiday commemorated—before I could even say “independence”—the 4th of July meant a family gathering. Given that my mother was one of thirteen children, that meant a BIG family gathering. It would be a potluck, with tons of food before dark, kids playing tag and catching fireflies, men playing penny-ante poker and drinking beer, women gossiping and keeping the food table laden. 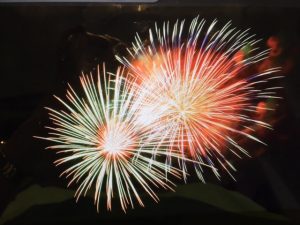 We typically gathered at one of several relatives’ farms. Food was under the trees. And after dark there were fireworks—illegal fireworks. The children had to stand way back, but at least we could hold sparklers. 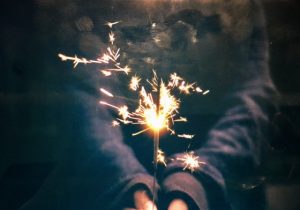 The next time I got into a 4th of July tradition was when I moved to Ashland, Virginia, self-styled The Center of the Universe. 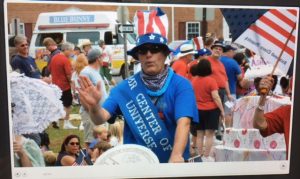 The Ashland parade goes a fair way toward being unique. Besides the old-time vehicles, military marchers, and onlookers dressed in red, white, and blue, they often have a kazoo band, Miss Liberty in costume, and people on horseback. Then there is the Bicycle/Tricycle Brigade, and Uncle Sam.
But the truly unusual aspects (IMHO) are the Lawn Chair Brigade…
and The Bassett Brigade. 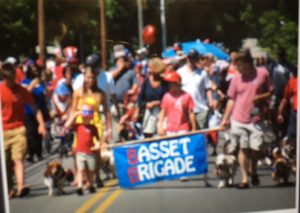 When the parade is over, everyone gathers on the lawn of the Hanover Arts and Activities Center to hear the community band play patriotic music. 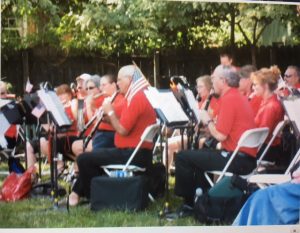 This is also the time for food—brought from home or bought from vendors. AND to find out who won the apple pie baking contest!
This year, now that I am living in Richmond, I’ll celebrate by watching John Adams and family, Ben Franklin, John Hancock, and Thomas Jefferson (impersonators, of course) share memories of 1776 meetings. 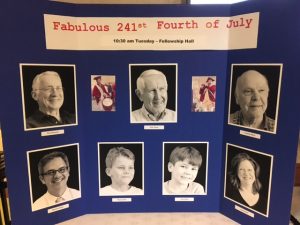 And then there will be a performance by Williamsburg Musick Fife & Drum.
That will leave most of the day free to read—maybe my latest Gabaldon purchase. 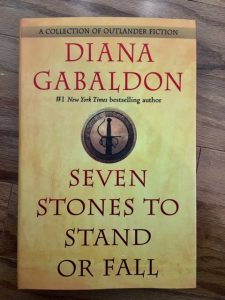 Whatever you do, see, hear, or read, enjoy your day of Independence! 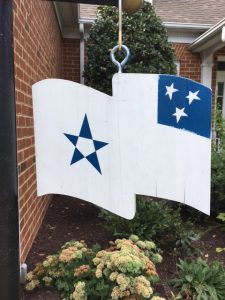