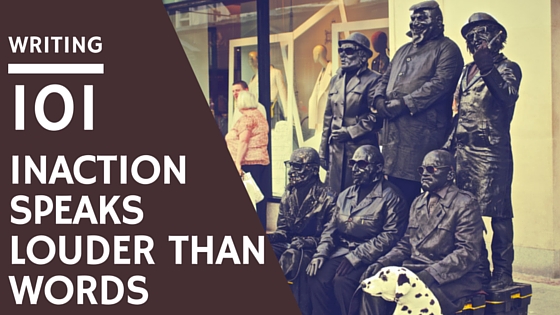 Some things seldom if ever appear on the page because they are just taken for granted. If your characters leave the house—unless you specifically say otherwise—the reader assumes they are wearing shoes and street clothes appropriate to the season, have combed their hair, had breakfast, brushed their teeth. . .  If you’ve established quirks for your characters—e.g., Sue Grafton’s detective Kinsey Millhone works out twice a day—even these individual habits or routines aren’t mentioned every time they happen. The reader assumes those actions as part of the background.
Consider the power of not doing the usual. Under what circumstances might a character wear the same clothes for a solid 48 hours? Does it make a difference if those clothes are pajamas? What are the implications of skipping showers, hair washing, and tooth brushing? Why might a character eat sardines and Great Northern beans straight from the can? All of these possibilities imply powerful motivation or situational constraints. Is your character held captive? Lost in Alaska? Deeply depressed?
Even if your characters aren’t doing what’s expected, they’re doing something. Maybe it’s computer solitaire, or a jigsaw puzzle; reading trashy novels and eating bonbons; getting knee-walking drunk; or maybe it’s only sleeping, or staring into space—but it’s something. What that something is—and the feelings that accompany it—say a great deal about your character. Is your character in survival mode? Overwhelmed? Feeling rebellious? Guilty?  Ashamed? Weak?

Sometimes what a character doesn’t do is as telling as what s/he does do. Use it! 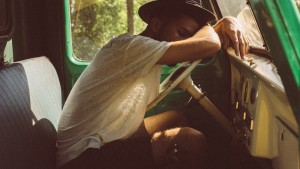 When Characters Are in Conflict with Themselves