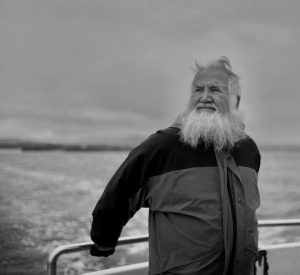 In my print interview with Bradley Harper, he mentioned an event that changed his life but was too long to go into just there. Well, here he goes into it!


For three years I volunteered at a small pilgrim hostel in Galicia, Spain, caring for pilgrims walking the Camino to Santiago de Compostela. The hamlet where the hostel lies is named Ribadiso, 41 kilometers from the end. Some pilgrims started in Sarria, 60 kilometers away, some back as far as the border with France, or even farther. Some walked three days, others six weeks or more. I spent a fair amount of time treating the blisters of the “Sarristas,” but the long distance hikers were well past that.

The reason for the pilgrimage varied by age group. Mature pilgrims like myself often did so as an act of atonement, or to keep a promise. Younger pilgrims were often seeking “something.” Ribadiso is two days from the end, and these young pilgrims were often in a panic. They hadn’t had their burning bush moment; no Divine Tweet as to what this particular journey meant, and they were nearly done. They feared returning home no wiser than before.

To these pilgrims I gave a different kind of treatment. I have the white beard, so find playing the role of wise old man a good fit—though don’t tell my wife! I told them a parable from the Tao tradition, which often has helped me in stressful times.

Two monks, an older one and his apprentice, are on a pilgrimage when they come to a shallow but wide river. An old woman approaches the elder and demands he carry her across. He bends over, she climbs on, and once they reach the other side she hops off without a word of thanks.

That night as the two monks prepare to sleep, the apprentice confesses that he is still very angry over how the old woman treated his master. “You must be very tired, my friend,” answers his teacher. “I put her down when I crossed the river. It seems you have been carrying her ever since.” I then pointed to the pilgrim’s rucksack. “Everything in there weighs something. You carefully considered the burden it represented, versus the value it would provide you on your journey.

“Perhaps the purpose for your pilgrimage was not for you to gain something, but to guide you to what you should put down. Consider that, and when you arrive at the cathedral in Santiago, decide what you want to lay at the feet of the saint.”

I carry that parable with me to this day. I used to stress out over traffic. When someone
cut me off or tailgated, my blood pressure would rise, and I might be angry for some
time afterwards. Now I think of the old woman, and let it go. My path lies ahead. My
pilgrimage continues. No need to add to the burden. 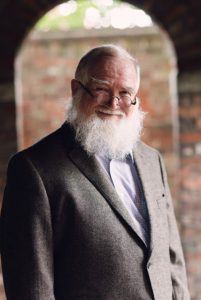 Bradley Harper bio: Dr. Harper served over 37 years in the Army, first as an Airborne Infantry Platoon Leader, and culminating as the Deputy Assistant Surgeon General for the US Army in the Pentagon.

While serving as the Command Surgeon for US Army South he spent time in Colombia overseeing a joint training course with the Colombian Army, and had a $1.5 million bounty on his head (alive) for anyone who could deliver him to the FARC alive (offer no longer valid).

Fluent in Spanish, he speaks four languages other than English and for the five years after retirement he volunteered in Galicia, Spain, to assist pilgrims making their way to Santiago de Compostela. He had the unique experience of serving as the acting commander of the US Army Hospital in Heidelberg, Germany, on the fiftieth anniversary of GEN Patton’s death there, and presided over the commemoration ceremony involving both US military and German local dignitaries.

Board Certified in Anatomic and Clinical Pathology, he has conducted over two-hundred autopsies, several of them forensic in nature, and uses his clinical experiences to inform his writing. He has worked as a professional Santa Claus for the past five years at a local theme park. A soft touch, he only threatens those on the Naughty List with burnt cookies.

His writing credits include a short story sold to The Strand and The Sherlock Holmes Magazine of Mystery, as well as his award-winning debut novel, A Knife in the Fog, featuring a young Arthur Conan Doyle, Professor Joseph Bell, Doyle’s inspiration for Holmes, and Margaret Harkness. Miss Harkness was an author and Suffragette who lived in the East End of London for a while to do research on her novels featuring the working poor. Together these Three Musketeers assist the London Metropolitan Police in the hunt for the man who became known as Jack the Ripper, until he begins hunting them!