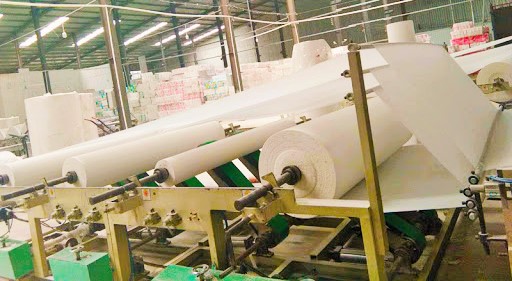 Surely everyone out there is aware of the (apparent) worldwide toilet paper shortage. Although people who claim to know say there is plenty of TP to go around, what shoppers actually see are miles of empty shelves. And there’s no denying that the TP panic has led to weirdness.  Lots of weirdness.

Writers note: if anything in this blog is useful for your writing, it’s purely incidental to what I hope is the smile factor. (I won’t be able to reference every individual incident. They’re all over the internet. You can look it up!)

A thief in Eugene, Oregon smashed the entire back window of an SUV to steal two 30-roll cases of TP, along with any miscellaneous valuables within reach. That turns out to be small potatoes. Police in Guilford County recovered a stolen 18-wheeler loaded with over 18,000 pounds of TP.

In Hong Kong thieves held up a supermarket delivery driver and made off with hundreds of rolls. Authorities estimated that the value of the TP was $218 (HK$1700) but could be sold for much more on the black market.

A man in the UK crammed his van so full of scarce paper products that he was over the legal weight limit for his vehicle and had to pay a fine worth more than $370 (GPB 300).

Hoarders and others with a supply have offered TP and other scarce items online at sites like eBay and Facebook Marketplace for extreme prices to such an extent that efforts to curb price-gouging have been put in place. Several customers have had their accounts suspended.

One man jumped ahead of the curve, going to small towns in his area and buying out the TP and hand sanitizer from the shelves of mom-and-pop stores, Dollar Stores, etc., and then offering them online at such excessive prices that he’s been barred and is stuck with a garage full of supplies he cannot sell.

A similar scalper in Australia had his hoard seized by police and donated to local shelters.

Brick and mortar stores have started imposing limits on how many of each item individual shoppers can buy. Once stores moved to control bulk buying—such as limiting the number of packages customers can buy in one day—desperate people took desperate measures. For example, each member of the family going into the store separately to buy the maximum. When Wegman’s limited people to two packages of TP per day, someone bought the TP and then came back ten minutes later wearing a hat and sunglasses and tried to buy more.

Some people are not happy with the limiting of purchases. Near Richmond, VA, a man arrived at the supermarket check-out with a cart full of paper napkins. When told he could buy only two, he yelled, “F**k you!” then upended the cart and walked out.

The situation has gotten so crazy in some parts of Australia that police are having to guard pallets of toilet paper in stores, handing packages to customers one at a time.

Recently, my endodontist’s receptionist told me that they had locked up their supplies of  toilet paper, hand sanitizer, and other items that had begun to disappear. Public restrooms in gas stations, fast food restaurants, and convenience stores have done the same.

Perhaps they should follow the lead of a convenience store worker in Japan. She hung signs with images of eyes and kanji characters in front of the TP to curse the rolls. The symbols imply that anyone pilfering the TP will be hunted down and eaten by a hungry monster. And the pilfering stopped! Never underestimate the power of superstition.

An Internet cafe in Florida posted the following hand-written note in the bathroom: “Stealing toilet paper at this point in time is not funny. I pray that you do not get the virus— But if you do . . . God was watching!” There was no report of the note’s effectiveness.

Once shelves were denuded of TP, people started stocking up on tissues, paper towels, wipes, and napkins. But flushing such things is likely to screw up the plumbing, septic systems, and sewers. City officials in Ankeny, Iowa tweeted the plea to flush only human waste and TP. The city of West Des Moines posted similar pleas not to flush wipes, paper towels, napkins, diapers, feminine hygiene products, socks, dryer sheets, or facial tissue. Johnston, IA, added toothbrushes and toys to the list!

Iowa isn’t the only place where such warnings are needed. A Tacoma, Washington plumbing company reported an instance of people flushing pieces of T-shirts down the toilet. They routinely give a roll of TP to people who have called them in.

An Arkansas florist turned his pre-COVID-19 stash of TP into “floral bathroom tributes” just $75 (for about 9 rolls). And TP is becoming a welcome wedding gift.

TP has become such a valuable commodity that retailers are rewarding customers with rolls of it. A pizza restaurant in Milwaukee, offered a roll of TP for every large pizza bought.  Other large restaurants from coast to coast have started similar TP giveaways. And some establishments accept toilet paper in lieu of money!

An Australian newspaper, NT News, included eight blank pages in the middle of the printed pages to be used as TP, complete with cut lines so customers could get the maximum number of squares.

An LA jewelry store decided to use toilet paper as a marketing ploy, as advertised here.

Arcade owners in the UK and Hong Kong have replaced the usual plush toys in claw game machines with rolls of TP. Other similar vending machines offer hand sanitizer and other personal hygiene products to the prize pool.

No doubt, somewhere out there, someone is standing in the median of a roadway holding a sign that says, “Will Work for Toilet Paper.”

On the Flip Side: Acts of Generosity

In Coral Gables, FL, Church by the Glades announced a day and time for people to pick up free toilet paper.

In Summerville, SC, police issued rolls of TP to drivers in lieu of tickets.

NT News, an Australian newspaper, has begun including extra sheets of blank paper in the centerfold, specifically for use as toilet paper.

Traveling/Keller (an Atlanta-based marketing firm) is one of many companies that are temporarily closed. Having enough TP on hand for 1,000 employees, they decided to give it away. Employees threw rolls of TP through the open windows of cars driving by in their “Toilet Paper Tosses” initiative.

On a smaller scale, many people have been offering a roll or two to friends or family in need, going to the store for those who can’t make it out, or donating hygiene products to local homeless and women’s shelters.

Venezualans have experience using toilet paper and diapers as currency, after skyrocketing inflation. It seems the rest of the world may be catching on.

Alternative Methods of… You Know

There are plenty of other materials with which to maintain your personal hygiene when you don’t feel up to facing the hordes at the stores. Be aware, though: many of these alternatives cannot be flushed. Sewage systems around the world are becoming clogged by “fatbergs” of flushable wipes (that aren’t flushable), paper towels, diaper, sanitary napkins, and all the other alternatives people experimented with.

Do you really need to buy TP right now? Most standard 2-ply, 1000 sheet rolls should last about a week. But for a number tailored to your household, there’s an online calculator for that.

P.S. Police departments around the country are reminding people: Don’t Call 911 If You Run Out Of Toilet Paper. It is not a life-threatening emergency.

What to Do When You Realize You Can’t Return It

Some people have already realized the folly of buying pallets of squished-up trees in preparation for a respiratory illness, but most stores have policies in place refusing returns. Here are some other ideas! (These photos were taken before February 2020.)