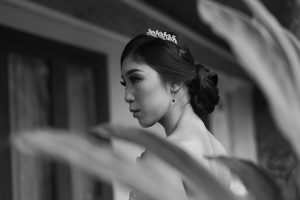 Today is International Tiara Day, a day when all women embrace and celebrate their powers of leadership. Real or virtual tiaras are encouraged!

The word tiara (Persian in origin) is used interchangeably with its predecessor, diadem. These were head ornaments worn by both men and women of high status in several different countries. Once we reached the 18th century, tiaras became a typically female accessory, inspired by the wreaths worn by Greek and Roman leaders. Currently, Queen Elizabeth II is said to have the largest and most valuable collection of tiaras in the world, many of which are heirlooms of the British royal family.

Tiara Symbolism and Use

According to London jewelry expert Geoffrey Munn, “Any woman may wear [a tiara], but ancient tradition has it that they must be a bride or already married. The tiara has its roots in classical antiquity and was seen as an emblem of the loss of innocence to the crowning of love.” Tiaras do not represent the rank of people who wear them (like a crown would); rather, they represent the importance of an event (such as a royal wedding).

Bottom line: You don’t need to be royal to wear a tiara! Celebrate this day with whatever degree of opulence suits you.