We’re all aware of accidents that can happen in kitchens. The bathroom may be the most common room for injuries, but kitchen injuries come in a wide variety of gory types. For example

Similarly, most people take steps to minimize accidents. For example, keeping knives sharp because dull blades will more easily slip off food and into a finger; keeping floors dry; and making sure ovens and stove burners are turned off after use.

Writers, think home invasions, homicide, domestic violence, and torture. What can happen accidentally in the kitchen can be inflicted on purpose or in the heat of the moment.

Serious burns are easy to come by in the kitchen: touching hot surfaces, direct flames, hot oils, hot pots and pans, or scalding from hot liquids like boiling water, oils, and steam.  All provide an opportunity to inflict serious injury or even death.

Long hair is particularly hazardous around heat. Extra long tresses can swing too close to the flame or get caught on knobs and catch fire before the owner even notices.

Steam can reach temperatures over 400°F.  Steam burns tend to be far more intense than scalding from boiling water.  And don’t forget burns caused by electricity or chemicals.

Any variety of cutting implement, including vegetable slicers, food processors, and table knives, are a natural, and offer a variety of possible injuries depending on size, serration, etc.

Even without tools specifically designed for cutting, serious injuries can be inflicted lots of ways. Kitchens have plenty of glassware and crockery, all of which can be broken and used to slice someone’s skin. Being thrown into a window is always exciting!

Beside knives, stabbing can be done with scissors, metal kebob skewers, fondue and cooking forks, corkscrews, or nearly anything pointy a very determined stabber can lay hands on.

Blunt force trauma isn’t just for the head—think broken fingers, feet, or limbs. Any heavy object will do.

Besides bludgeoning someone in the head, there are plenty of other methods of attaining a head injury in the kitchen. Many are caused by being pushed or shoved, or falling into kitchen fixtures. Water, oil, grease, and things you’d rather not think about are often spilled on kitchen floors, making slips and falls much more likely.

When considering head injuries, go beyond concussion and bruising. Consider intentionally popping out an eyeball with a fruit spoon or strawberry huller—although accidental eye injuries in kitchens more commonly result from hot oil, steam, or water.

So, do what you can about accident hazards in the kitchen.  Avoid overcrowding for injuries are often caused by bumping into or tripping over another person.  Do not try to do kitchen work if you are overtired, ill or under the influence of alcohol or medication.  Remove all trip and slip hazards. But …

Bottom line: Whether accident or attack, the kitchen is a great place to ramp up tension, develop plot, or create a puzzle. 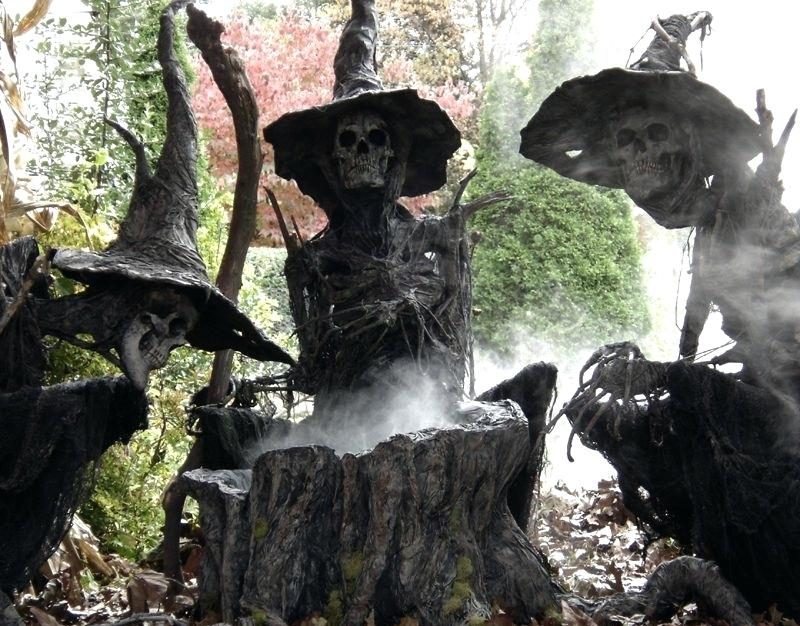 This summer, I noticed a volunteer growing among my hellebores. I identified it as Carolina Horsenettle (Solanum carolinense), a member of the nightshade family. It looks like a nettle because of the small spines on the stems and leaves. Fortunately, I was able to dig it out before it matured, but what I read said it blooms from April to October and that the crushed leaves smell like potatoes. It produces deceptively pretty, little, white flowers.

Horsenettle grows in pastures, along roadsides, in disturbed areas, and other types of “waste” ground. It can tolerate both wet and dry conditions—i.e., practically anywhere. Symptoms of horsenettle poisoning include nausea, vomiting, excess salivation, drowsiness, diarrhea, and weakness. Although horsenettle poisoning is seldom fatal, ingesting the fruit can cause abdominal pain, circulatory and respiratory depression, and occasionally death. Fatalities are most common among children.

Horsenettle produces fruits that look like very small tomatoes, starting out green and turning yellow. In order of toxicity: unripe berries, ripe berries, leaves, stems. Toxicity is stronger in autumn.
So, I wondered: what other plants, growing innocently in gardens, might meet the needs of poisoners.  I just happen to have on my shelf the perfect reference for this subject—Book of Poisons: A Guide for Writers. It is part of the Howdunit series, books providing technical information for writers of crime and mystery books. According to Stevens and Bannon, plants are the source most accessible to the average poisoner.

The authors organized plants into groups:

Stevens and Bannon rated all of the poisons for toxicity—not just the plant-based ones—according to the amount required to kill a person. Weight and metabolism vary, and the authors provide a means of extrapolating the fatal dosage for a person of any size or circumstance. Here’s a quick and dirty list for writers, based on a vaguely average 150 pound human being:

Given that my poison garden is in Virginia, I looked for poisonous plants of Virginia, and found that Virginia Tech has compiled such a list. (FYI: if your poison garden is elsewhere, search online for an equivalent collection for your area. For example, I know there are such lists for West Virginia and Ohio, as well as guides for all states and all regions.) So here, in alphabetical order, are the plants in my poison garden. I’ve omitted plant descriptions and locations in favor of what part(s) of the pant are toxic and the symptoms. Greater detail is readily available if one of these little beauties appeals to you.

American False-hellebore (Veratrum viride), aka Indian Poke, has a toxicity of 5. All parts of the plant are poisonous and potentially fatal when ingested by humans or livestock. Don’t touch or handle any of it with bare hands, because the toxic compounds can be absorbed through the skin. Symptoms of False Hellebore poisoning include nausea, vomiting, abdominal pain, dizziness, seizures, decreased blood pressure, slowed heart rate, heart arrhythmia, coma and, potentially, death. On the other hand,Veratrum viride can have medicinal uses as pain reliever, heart sedative, and to lower blood pressure.

Giant Hogweed (Heracleum mantegazzianum) is not a native plant, but it has been found in isolated parts of Virginia as well as Maryland, North Carolina, and Washington, DC. Although not typically poisonous, it’s very dangerous to humans and shouldn’t be touched at all. The sap is strongly toxic for humans, resulting in serious skin reactions after exposure to sunlight. Eventually, this skin rash changes to blisters that look like burn wounds. A red-purple scar may develop that can last years. Exposure of the eyes to plant juice may lead to blindness.

Jimson-weed (Datura stramonium), aka Jamestown weed, has a toxicity rating of 6. Although also not native to Virginia, it grows everywhere: in pastures, fields, waste areas, and in sand and gravel bars near streams. All parts are poisonous. Sometimes seeds are ingested directly, or plant parts brewed brewed into tea. Exposure often results in hospitalization. In small doses, it is hallucinogenic. Besides hallucinations, symptoms include headache, delirium, agitation, large pupils, constipation, urinary retention, elevated pulse, hypertension, and fever. Stevens and Bannon said, “Accidental poisoning is most often caused by the seeds […] Both adults and children have been fatally poisoned by tea brewed from the leaves or seeds of this plant.”

Mayapple (Podophyllium peltatum) aka Wild Mandrake, is most likely found in forests—but it’s in my poison garden, and I’ll include it! Leaves, roots, stems, seeds, and unripe fruit are toxic. Symptoms when ingested include nausea, vomiting, diarrhea, and abdominal pain, followed by organ failure, coma, and potentially death days later. Ripe fruit is edible, but mistakenly eaten not-quite-ripe fruit leads to all of the above.

Poison Hemlock (Conium maculatum) is a member of the carrot family… but grows 6 to 10 feet tall! It has a toxicity rating of 6. It’s an invasive non-native. All parts are extremely poisonous, the blooms emit a foul odor, and the leaves acts like nicotine. Juice from Poison Hemlock can cause severe skin irritation. Internal poisoning often occurs after a victim confuses the root with wild parsnips, the leaves with parsley, or the seeds with anise. Hemlock tastes similar to lettuce. Whistles made from the hollow stems have been reported to lead to death in children. Symptoms include nausea, vomiting, diarrhea, abdominal pain, coughing, wheezing, watery eyes, salivation, sweating, difficulty seeing, weakness, dizziness, trembling, seizures, paralysis, changes in pulse rate, coma, and potentially death.

Pokeweed (Phytolacca americana), aka Pokesalad, is found pretty much everywhere: fields, fencerows, roadsides, crop fields, and forest edges. It has a toxicity rating of 4. All parts of the plant are seriously poisonous. The juice can be absorbed through the skin, causing itchy skin and/or painful rash. Symptoms of ingestion include nausea, severe vomiting, abdominal cramps, diarrhea, burning sensation in the mouth, visual impairment, weakened respiration and pulse. Dehydration caused by these symptoms can be severe enough to lead to convulsions and death. People have tried to cook the leaves with spring greens, but the result was still poisonous even with multiple changes of water.

Virginia-creeper (Parthenocissus quinquefolia) is a native plant that grows virtually everywhere. All parts of the plant are toxic to humans and other mammals. Ingestion causes intense mouth pain, nausea, diarrhea, vomiting, and abdominal pain. Swelling of the mouth and throat may cause swollen airways and asphyxiation.

Water-hemlock (Cicuta maculata), aka Spotted cowbane, is among the most toxic native plants in Virginia and has a toxicity rating of 6—and it’s one of the most gruesome poisons. It’s common near water, swamps, and wet seepage areas. All parts of the plant are highly toxic to humans, especially the roots. Symptoms include severe stomach pain, pupil dilation, nausea, vomiting, diarrhea, difficult breathing, violent convulsions, and swelling of the mouth. Grand Mal seizures can begin soon after ingestion and prove non-responsive to regular seizure medications. People can asphyxiate on their own vomit or shred their tongues with their teeth because they cannot open their jaws. Death typically follows within fifteen minutes to eight hours after ingestion.

Other plants in my poison garden:

CAUTION! DANGER, DANGER, DANGER! Many of these plants are beautiful and/or sweet-smelling. Pay close attention when someone—especially a child—visits your poison garden.

Bottom line for writers: death is as close as your own backyard—or roadside—or pasture—or woods. . .