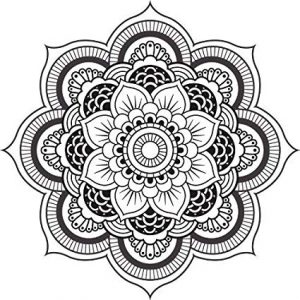 A mandala (emphasis on the first syllable) represents the universe, and has symbolic and ritual importance in Hinduism and Buddhism. Hinduism is an Indian and Southeast Asian religion and dharma (way of life). Buddhism is a practice, like yoga, and can be practiced by people of any religion. 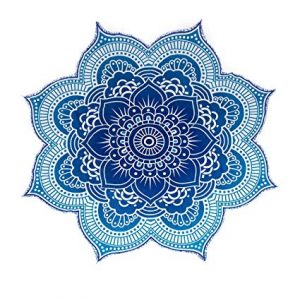 Mandalas may be used to focus attention, as a spiritual guidance tool, for establishing a sacred space, and as an aid to meditation and to induce a trance. The basic form is a square with four gates containing a circle with a center point. 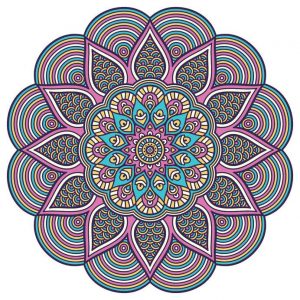 Vajrayana Buddhism has developed sand painting mandalas. And that brings us to the Virginia Museum of Fine Arts, which has a special exhibit “Awaken: A Tibetan Journey Toward Enlightenment” open now. According to the VMFA, “From May 2 through May 5, a group of Tibetan Buddhist monks from Drepung Loseling Monastery will create a sand mandala near the exhibition’s entrance, which—in accordance with their beliefs and practice—they will dismantle in a return visit on Aug. 3. Their visit is part of the Mystical Arts of Tibet World Tour that has traveled for more than 25 years and is endorsed by His Holiness the Dalai Lama.” 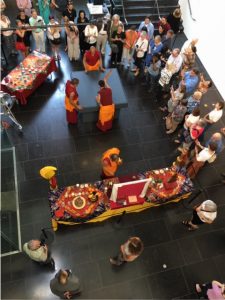 This week, I saw the Tibetan Buddhist Monks beginning that sand painting mandala. I could stay only little while, long enough to watch as they used a protractor to mark reference points on the circle. 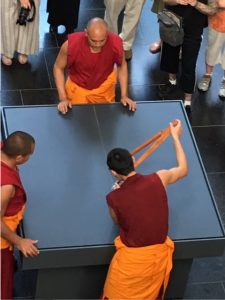 They chalked thread or thin rope which two monks positioned across the circle.  A third monk then picked up the center of the thread and dropped it, leaving a faint white chalk line. 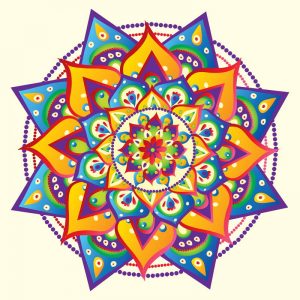 No doubt by today, May 5, the mandala will be an elaborate and beautiful work of art. I intend to see it completed. I heard that when it is done, they will cover it on glass to preserve it during its time on view. And I will appreciate it all the more because, in accordance with their beliefs and practice, they will dismantle it on Aug. 3. I also heard that it will end in the James River—but that may be just gossip.
This sand painting is only a small part of the exhibit, which occupies ten spaces. The exhibit is on view April 27 through August 16. 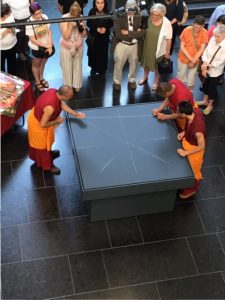 BOTTOM LINE: Come on down!