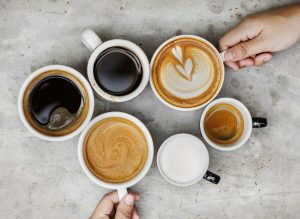 In the U.S. 83% of adults drink coffee, and 64% drink coffee daily. In a study published in the Canadian Psychiatric Association Journal, it was found that 17 percent of Americans drink more than five cups of coffee a day. So? Chances are most if not all of your characters drink coffee. But it turns out, drinking coffee isn’t always the same—e.g., you can order coffee 25,000 different ways at Dunkin’ Donuts. Here are the high points of what coffee choices say about your character’s personality, from a study by clinical psychologist Dr. Ramani Durvasula. 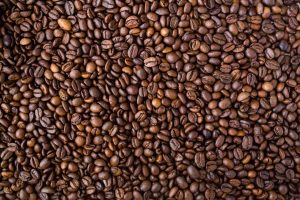 Bear in mind that these are group data and may not apply to every individual. But if you are trying to create an image, know when you are going with the majority and when you are working against it. 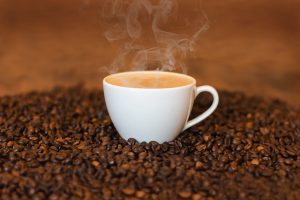 A study published in the Journal of Psychoactive Drugs in 2014 found that heavy coffee drinkers were more likely to exhibit traits of alexithymia — aka, difficulty identifying and describing their emotions. What’s more, those who drank a lot of coffee were also more likely to have anxiety and be more sensitive to the negative consequences of getting in trouble. It’s important to note that this study used self-reporting methods and only included 106 participants. 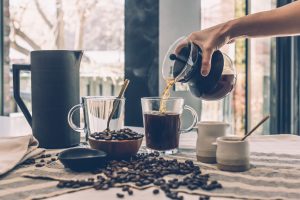 Other research indicates that the only negative personality trait associated with excessive coffee drinking came after 10 cups. People who drink more than 10 cups of coffee a day are more likely than the general population to have a personality disorder. On the upside, the Mayo Clinic and Harvard Health Publishing reported that there are myriad health benefits to drinking a moderately large amount of coffee (say three to four cups per day: longer life expectancy, protecting against Parkinson’s disease, type 2 diabetes and liver disease, including liver cancer. Coffee also appears to improve cognitive function and decrease the risk of depression. For migraine sufferers, it can also help ward off a crippling migraine. 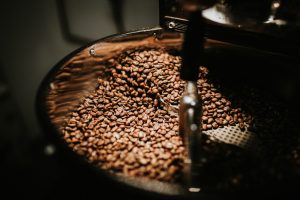 Only two U.S. states produce coffee: Hawaii (Kona coffee), and more recently, California. Most of the world’s coffee comes from Brazil.
Coffee beans are technically seeds, the pits of the cherry-like berries found on the flowering shrubs. Coffee was originally chewed, and the cherries can be eaten as a food. The cherries can also be fermented to make a wine-type drink.
You can overdose on coffee. According to VOX, drinking about 30 cups of coffee in a very short time would be a lethal or near-lethal amount of caffeine. A video from AsapSCIENCE asserts that it would take 70 cups of coffee to kill a person weighing roughly 150 pounds.
Decaf doesn’t mean caffeine-free. Eight ounces of brewed decaf contains 2 to 12 milligrams of caffeine, compared to regular coffee which contains 95-200 milligrams. (A cup of cola has 23-35 milligrams of caffeine.) 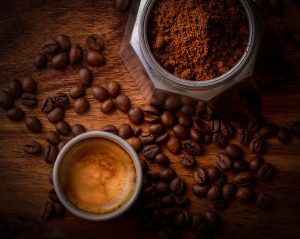 Although coffee consumption has been around since about 800 A.D., there were periods when various movements to ban coffee were prominent, especially from 1500 through the 1700s, so be aware if you write historical fiction. Also, FYI, instant coffee has been around for nearly 250 years.
One cup of black coffee has only one calorie.
Coffee grounds can be used as an exfoliant, to make skin feel smoother and look brighter.
There’s a Starbucks at CIA.
We spend, on average, $1,110 per person per year on coffee. 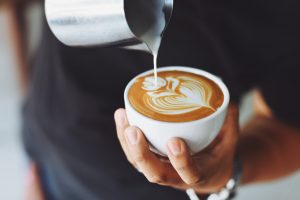