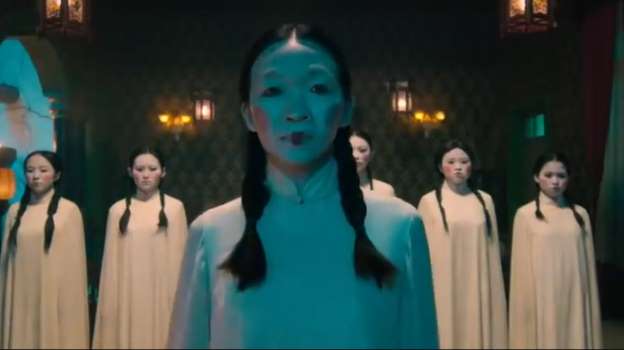 Spinster? Life-long bachelor? Being dead is no excuse for not getting married. If you are dead and looking for love, there is a dating website for you! Check out: http://www.ghostsingles.com/ (I am not affiliated in any way with this website; please do not perceive this as an endorsement for necrogamy.)

Ghost marriage (a.k.a. spirit marriage or necrogamy) has been practiced in some form in various cultures around the world for millennia. The first records appeared in Chinese legends more than 2000 years ago and has been part of the culture ever since. Although the practice was less common in China in the late 1960s, during the Cultural Revolution, it’s made a comeback.

Reasons for marrying the dead vary among cultures and in different time periods, but there are a few recurring themes. The examples listed in this blog are not comprehensive, but the motives could easily be applied in many fictional scenarios.

Ghost weddings are most common in China. Minghun is, essentially ghost marriage in which the bride and/or groom is dead and has not left behind a widow(er). A Chinese ghost marriage is usually set up by family members.  The preferred ghost spouse is recently deceased.

Writers note: Because, in China, men outnumber women in death as in life, ghost brides can be big business.  At least two cases have been reported (2007 and 2013) in which men killed more than a dozen prostitutes, housekeepers, and mentally ill women and sold the bodies to undertakers for about $2000. The undertakers then sold them to prospective “in-laws” for $5000.

But why would dead people marry?  In China, and among the Chinese in Taiwan and Singapore, ghost marriage ceremonies are performed primarily to appease unhappy ghosts and to maintain social order or stability. The importance of marriage in Chinese society means that the ghosts of those who die unmarried are assumed to be unhappy and can wreck havoc on the birth family, the family of its betrothed (if engaged), and the married sisters of the ghost. This can take the form of any misfortune—financial setback, illness, etc.

Finding a suitable spouse is a varied business. Sometimes it involves a marriage broker who finds a family with a recently dead member who has a favorable horoscope. Some families use a priest as a matchmaker. Some families approach an undertaker/funeral director.

Sometimes the family assumes that the ghost will identify his or her preferred spouse. The potential bride or groom will reveal him or herself. A restless ghost may also express a desire to be married by appearing in a family member’s dream or while being channeled through a spirit medium during a séance.

Financial arrangements also vary.  Often there is an exchange of bride wealth and/or dowries between the two families, but more often paper representations of wealth are exchanged.  Houses, cars, servants, food, and furniture are all burned in offering to the deceased. (Often, money made to be burned will have “Bank of Heaven” printed on one side and “Bank of Hell” printed on the other. Wherever the happy couple wind up, they’ll have plenty of spending power!)

A ghost marriage ceremony is as similar as possible to a regular marriage ceremony, but with the dead person(s) represented by manikins made of cloth, bamboo, wood, and/or paper. The bride and groom wear real clothes but costume jewelry. A living groom would wear black gloves instead of white. The effigies are typically treated as though alive—being ‘fed,” talked to, and moved from place to place—until after all the festivities, when they are burned, and the bride’s ancestral tablet is added to the groom’s family’s tablets. If the bride and groom were engaged before he died, the groom is often represented on the wedding day by a white rooster.

Some regions of Japan, particularly the northern islands and Okinawa Prefecture, have a very long tradition of posthumous marriage, probably because of centuries of Chinese influence. Here, again, the reason relates to the placing of spirit tablets and continued honoring of ancestors.

The main factor distinguishing Japanese ghost marriage from its Chinese counterpart is the type of spouses married to ghosts. A deceased person is not married to another dead person, nor to a living one, but to a doll. The most common ghost marriage is between a ghost man and a bride doll, but posthumous weddings can go the other way, with a ghost bride marrying a groom doll. During a Japanese doll wedding ceremony, a photo of the dead man or woman is placed in a glass case alongside the doll to represent their union. The tableau stays in place for up to 30 years, at which point the deceased’s spirit is considered to have passed into the next realm. The symbolic companionship is designed to keep the ghost husband or wife calm and prevent supernatural harm from coming to the living family.

Ellen Schattschneider wrote about ghost weddings in Japan in her 2001 paper “Buy Me a Bride”: Death and Exchange in Northern Japanese Bride‐Doll Marriage

Persons who die early harbor resentment toward the living. Denied the sexual and emotional fulfillment of marriage and procreation, they often seek to torment their more fortunate living relatives through illness, financial misfortune, or spirit possession. Spirit marriage, allowing a ritual completion of the life cycle, placates the dead spirit and turns its malevolent attention away from the living.

Throughout the Korean Peninsula, it used to be customary for a person to marry the soul of a betrothed who died before the wedding. The living spouse would then remain celibate for the rest of his/her life. Currently that tradition is not binding.

Modern law in South Korea allows posthumous marriage in cases where one member of an engaged couple dies because, according Unification Church beliefs, only married couple can enter the highest levels of heaven. Another reason for postmortem marriages is—again—if the prospective bride is pregnant.

In Kasargod, India, children are often engaged to be married at a very young age. If the children pass away before they are old enough to marry, their families may hold in a Pretha Kalyanam. After consulting an astrologer, the two families will hold a traditional Hindu wedding ceremony with dolls in place of the bride and groom. The dolls are dressed in traditional wedding clothes, horoscopes are matched, and a wedding feast is served to guests.

After the ceremony, the dolls are buried under a sacred tree, submerged in a lake or river, or burned in a ceremonial pyre.

Posthumous or Postmortem Marriage is a legal form of marriage which originated in the 1950s. The story behind the addition begins with a disaster: on December 2, 1959, the Malpasset Dam just north of the French Riviera collapsed, unleashing a furious wall of water that killed 423 people. When then president Charles de Gaulle visited the devastated site, a bereaved woman, Irène Jodard, pleaded to be allowed to marry her dead fiancé. On December 31, French parliament passed the law permitting posthumous marriage.

The President of the Republic may, for grave reasons, authorize the celebration of the marriage where one of the future spouses died after completion of official formalities indicating unequivocally his or her consent. In this case, the effect of marriage dated back to the day preceding the death of the husband. However, this marriage does not entail any right of intestate succession for the benefit of the surviving spouse and no matrimonial property is deemed to have existed between spouses.

Article 117 of the French Civil Code

Ways to legally show intent include having posted an official wedding announcement at the local courthouse and written permission from a soldier’s commanding officer. Grave reasons include the birth of a child, and to legitimize children is a primary reason for such marriages. If the couple had planned to marry and the family of the deceased approves, the local official sends the application back to the President.

Writers note: One quarter of the applications for posthumous marriage are rejected.

The German government did not allow Jews and non-Jews to marry under the 1935 Nazi Nuremberg Laws. Charlotte Kaletta and Fritz Pfeffer lived together without marriage. In 1950, Charlotte married Fritz posthumously, with a retrospective wedding date of May 31, 1937.

Within the Nuer ethnic group of southern Sudan, ghost marriage happens in a very particular way. “If a man dies without male heirs, a kinsman frequently marries a wife to the dead man’s name,” writes Alice Singer in Marriage Payments and the Exchange of People. “The genitor [biological father] then behaves socially like the husband, but the ghost is considered the pater [legal father].”

This arrangement, Levirate marriage, is conducted in order to secure both the property and ongoing lineage of the dead man. The woman receives a payment at the time of the ghost marriage—a fee known as the brideprice—which may include “bloodwealth” money from those responsible for the death of the man as well as payment in the form of cattle that once belonged to the deceased man. The Dinka (Jieng) and Nuer tribes of Southern Sudan most commonly practice this form of ghost marriage. Women will also marry a deceased man so they can retain their wealth and property instead of losing it to a living husband.

THE UNITED STATES does not legally recognize ghost marriages.

Bottom line for writers: Marrying dead people is rife with possibilities for tension, romance, murder, and conflict. Real-life examples are often tragic. Wikipedia has a list of posthumous marriage in fiction—TV, film, and novels. Feel free to go for it, even if you will not be the first!