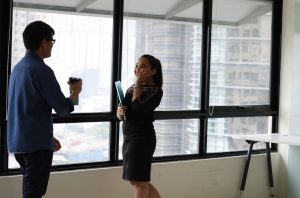 In discussing toxic gossips, Lillian Glass says, “They are good at letting the cat out of the bag. They pick up more dirt with the telephone than they do with a vacuum cleaner. They have a keen sense of rumor.” Consider how such a character could advance your plot.
S/he could overhear something and pass it along because that’s what gossips do. Depending on your needs, what was overheard could be true or false. Depending on your plot, either could increase tension, and true gossip could provide a vital clue. Enough said.
A gossip often makes the hearer feel like a special confidante, getting privileged information—until and unless the hearer discovers s/he is only one of many.
Consider how the gossip disseminates the information: word of mouth, in person or by phone; email or text; Facebook or other social media. The spoken word is, of course, the most deniable—also the most vulnerable to alteration or exaggeration in the retelling. 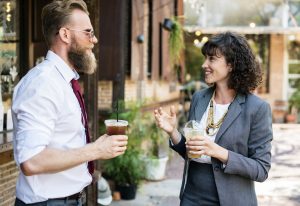 Consider the character of the gossip. The one basic truth about the character of the habitual gossip is that s/he needs to feel important. In addition, the gossip does not truly disclose information about him/herself. But beyond that, what typifies him/her? Some possibilities include insecure, belittling, competitive, hurtful, self-righteous, sneaky, mean-spirited, angry, lonely—and the list goes on. Depending on what you choose, the gossip could be an object of humor, pity, or dislike to your reader.
Consider the gossip’s relationship to your protagonist. The likelihood is that a gossip would be a secondary character in your story. Is s/he a friend, neighbor, coworker, family member, employee? Is s/he a one-off or a recurring character in a series?
Last but not least, remember that s/he who brings, carries. The gossip could be a great channel for passing information or misinformation among characters by telling A about B and then telling B about A. 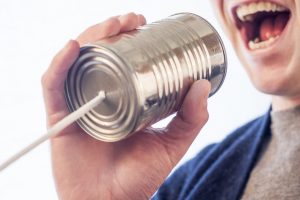 These are only some of the ways a gossip could enrich your cast of characters. Can you think of others?