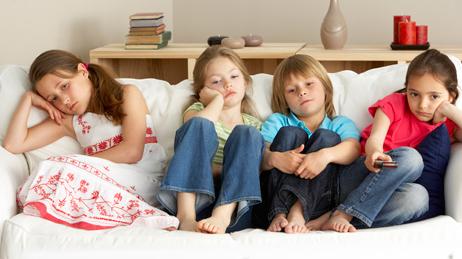 I’ll skip defining boredom. It’s so common that it doesn’t need definition, any more than hunger or sunlight. Nearly everyone feels bored at one time or another, more or less often, sometimes daily. Men, in general, are more often bored than women. And people with little education are more likely to report being bored. As with nearly everything, there are two sides to boredom.

The Downside of Boredom

1. Monotony in the Mind — When people are not interested in the details of the task at hand, or when a task is highly repetitive, they are likely to feel bored. We lose interest in things that are too predictable, too much of the same thing, too little stimulation. This can often lead to feeling trapped.

2. Lack of Flow — Flow is total immersion in a task that is challenging but within one’s abilities, a task with clear goals and immediate feedback. Tasks that are too easy are boring. Tasks that seem to be too difficult may lead to anxiety.

3. Need for Novelty — People with a strong need for novelty, excitement, and variety—i.e., sensation seekers—are at risk of boredom. For these people, the world moves too slowly. The need for external stimulation may be why extroverts are particularly prone to boredom, which they try to cure by novelty seeking and risk-taking.

4. Paying Attention —What bores us never fully engages our attention. After all, it is hard to be interested in something when you cannot concentrate on it. People with chronic attention problems, such as attention-deficit hyperactivity disorder, are more likely to suffer boredom.

5. Emotional Awareness — People who lack self-awareness are more prone to boredom, unable to articulate what it is that they desire or want to do. They have trouble describing their feelings. Not knowing what we are searching for means that we lack the capacity to choose appropriate goals.

6. Inner Amusement Skills — People who don’t have the inner resources to deal with boredom constructively rely on external stimulation. In the absence of inner amusement skills, the external world will always fail to provide enough excitement and novelty.

7. Lack of Autonomy — People often feel boredom when they feel trapped. And feeling trapped—stuck or constrained so that one’s will cannot be executed—is a big part of boredom. Adolescents are often bored, largely because children and teenagers don’t have a lot of control over their schedules and activities.

8. The Role of Culture — Boredom is a modern luxury. As the Enlightenment was giving way to the Industrial Revolution in the late 18th Century, boredom came into being. When people have to spend most hours of the days securing food and shelter, boredom isn’t an option.

The Upside of Boredom

Boredom does have its benefits. It is a “call to action.” Nietzsche suggested that men (sic) of rare sensibility value boredom as an impetus to achievement.  So…

1.  Boredom can be a catalyst for action.

2.  It can provide an opportunity for thought and reflection, a search for life’s meaning.

3.  It can also be a sign that a task is a waste of time—and thus not worth continuing.