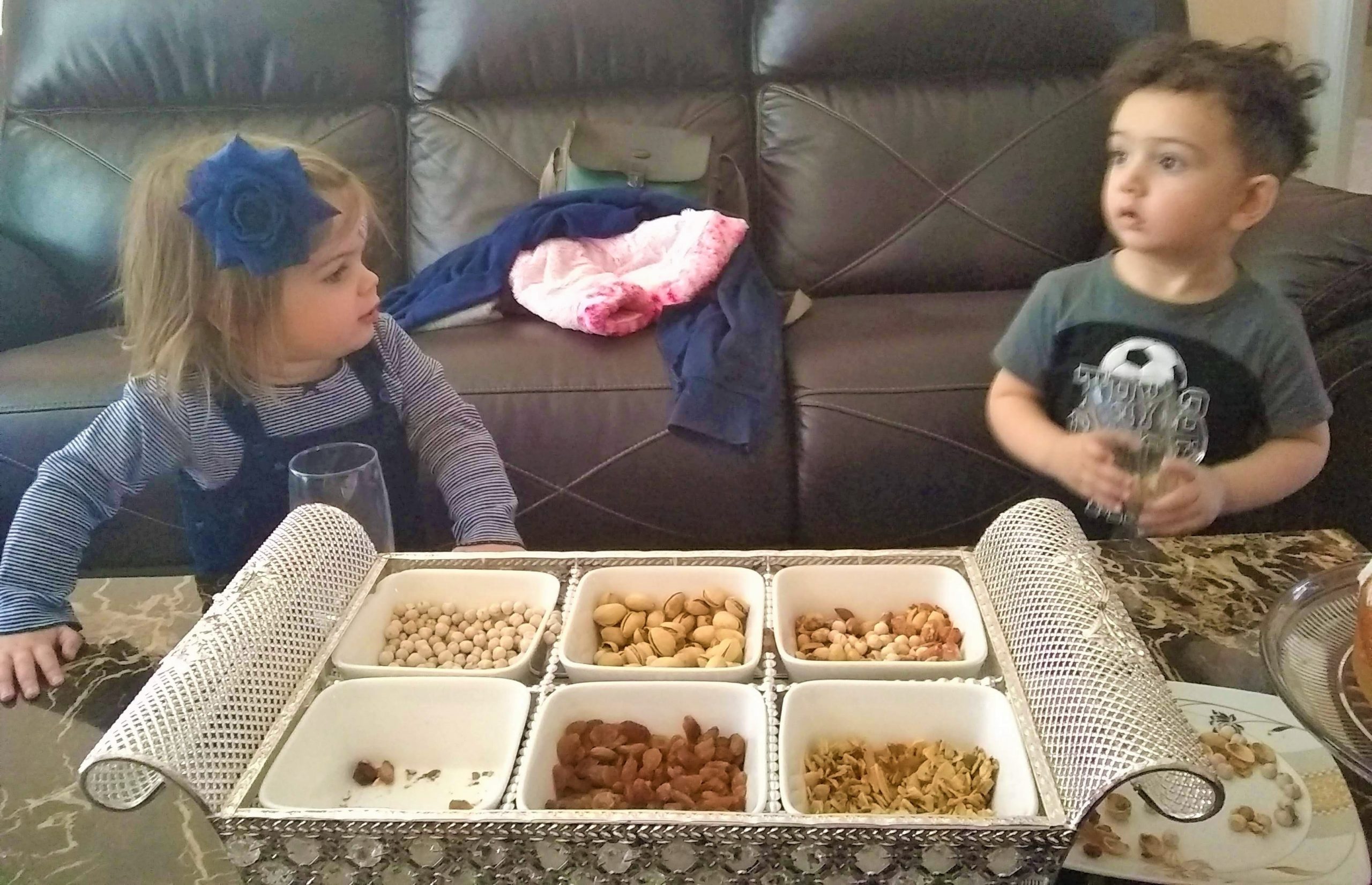 When it comes to holidays, some people go all out while others are minimalists—and some don’t participate at all.  Even Christmas, the #1 holiday in the United States, isn’t celebrated by 4-8% of the population.  For each of these most popular U.S. holidays, what would your character(s) do?  And why?

Christmas (from liturgical Christ’s Mass) is the Christian celebration of Jesus’ birth. Religious celebrations are marked by church services (often at midnight on Christmas Eve), singing hymns, recreating the scene of Jesus’ birth either in art or by reenacting, and observing four weeks of prayer and fasting in leading up to the holiday. Many elements of Saturnalia or pagan winter solstice festivals have been incorporated into modern Christmas celebrations, including decorating an evergreen tree, burning a Yule Log, making and eating special foods, and an evolution of the Holly King – Santa Claus, Father Christmas, Tovlis Babua, etc. Secular Christmas celebrations in the United States generally revolve around exchanging gifts, decorating inside and outside, singing carols, visiting family, and sharing a holiday meal. In addition to having the highest percentage of the population celebrating it, Christmas is the top holiday in the United States based on retail sales and number of greeting cards mailed. Among religious celebrations, Christmas is known for having the second highest church attendance (behind Easter).

Originally a harvest festival, the first official Thanksgiving holiday in the United States was proclaimed by George Washington in 1789. Traditional dishes often claim to have some connection to foods eaten by early American colonists, such as turkey, cranberry sauce, corn, and pumpkin. Typically, Thanksgiving is a celebration of thanks for the previous year, with families and friends gathering for a large meal or dinner. Consequently, the Thanksgiving holiday weekend is one of the busiest travel periods of the year. One-sixth of the turkeys consumed annually in the U.S. are eaten around Thanksgiving.

Mother’s Day recognizes mothers, motherhood, and maternal bonds in general, as well as the positive contributions that they make to society. Florists and restaurants have their busiest sale days on Mother’s Day and the days before and after, even higher than Valentine’s Day. Many churches experience spikes in attendance, following only Easter and Christmas.

Easter commemorates the resurrection of Jesus from the dead. The highest church attendance happens on Easter. Most Christian traditions observe 40 days of Lent, fasting and repenting before Easter, beginning on Ash Wednesday. Many traditions associated with Easter originated with pagan celebrations of Spring Equinox, including the name (Eastra was a Saxon goddess of spring). Like Christmas, it has become a widely celebrated secular holiday, and customs observed by both Christians and some non-Christians include egg hunting, the Easter Bunny, and Easter parades.

Independence Day, also commonly known as the Fourth of July, marks the date that the Declaration of Independence was adopted in 1776. The Continental Congress actually voted to adopt the Declaration of Independence on July 2nd. The holiday is best known today for fireworks and barbecues. In addition to watching civic displays of fireworks, 45% of American celebrate the 4th of July by setting off their own fireworks, accounting for about $675 million in fireworks sales.

Father’s Day is a celebration honoring fathers and celebrating fatherhood, paternal bonds, and the influence of fathers in society. The first official Father’s Day observation in the US was in 1910. Sonora Smart Dodd was raised by her single father and wanted to recognize him and others in his position for their contributions. Inspired by the official celebration of Mother’s Day the year before, Dodd petitioned the government to set aside a day celebrating fathers. It accounts for the highest sales of ties and neckwear annually, around $12.7 billion.

Halloween (Hallow’s Eve) celebrations are marked today by costumed children knocking door to door asking for treats, and costumed adults attending parties (or costumed adults borrowing the neighbor’s children to have an excuse to beg for candy). Historically, Halloween was a Christian adoption of pagan Samhain traditions, burning lanterns (in turnips or pumpkins) and wearing frightening costumes to scare off restless spirits. It is the most popular holiday for candy sales, amounting to $2.6 billion in 2015.  The same year, $6.9 billion was spent on candy, costumes, and pumpkins, all of which are directly attributed to this holiday.

St. Valentine’s Day is recognized as a significant cultural, religious, and commercial celebration of romance and romantic love. As I’ve discussed before, there are also many tragic events associated with the 14th of February. It accounts for 224 million roses grown annually; 24% of American adults purchased flowers for Valentine’s Day in 2015.  The holiday comes in second in terms of annual restaurant sales, behind only Mother’s Day. In recent years, florists, chocolatiers, greeting card sellers, and other associated romance retailers have been encouraging non-romantic displays of affection to increase sales.

St. Patrick’s Day (Lá Fhéile Pádraig) commemorates life of Saint Patrick, a Welsh shepherd brought to Ireland as a slave, and the arrival of Christianity in Ireland. It is also an opportunity to celebrates the heritage and culture of the Irish in general. In Ireland, St. Patrick’s Day is generally a quiet affair; most people attend church services and perhaps wear a shamrock on their lapel. American traditions of celebrating St. Patrick’s Day stem from Tammany Hall efforts to recruit voters from among the newly arrived Irish immigrants in New York at the end of the 19th century. The political organization threw parades, hired bands to play Irish music, and distributed food and beer to hungry tenement dwellers. Modern celebrations generally involve public parades and festivals, parties, the wearing of green attire or shamrocks, and alcohol consumption.

New Year’s Eve and New Year’s Day are usually lumped together, particularly since the actual festivities center around midnight between the two. Observed on December 31st and January 1, the last day of the old year and the first day of the year on the modern Gregorian calendar as well as the Julian calendar. Many religious traditions require attendance at services on New Year’s Day. Parties celebrating the countdown to midnight are common. It is known for being the holiday with the highest alcohol consumption, evidenced by the spike in sales around between Christmas Eve and New Year’s Eve. Alcoholics’ support groups acknowledge this as one of the most dangerous holidays for people fighting alcoholism. Many parents set their household clocks ahead by several hours and allow their children to stay up until “midnight” and watch the televised countdown and fireworks in a country several time zones ahead; the kids are then sent to bed at 9pm, convinced it is midnight, and parents can go to bed early.

We have literally hundreds of national, state, and local holidays. A couple of examples of the less common ones are Patriot’s Day celebrated and observed in Massachusetts and Maine; and Yorktown Victory Day in Virginia.

Are some holidays—not among the most popular in the U.S.—nevertheless important to you character(s)? What are they? Better yet, make a list of holidays most important to your character(s) similar to the above. This is especially useful if you are writing a series character.

Bottom line for writers: how your character behaves around and on holidays can tell the reader a great deal about ethnicity, religion, family relationships, and spending habits, as well as revealing basic tendencies toward extravagance or minimalism, introversion /extroversion, degree of anxiety, etc.