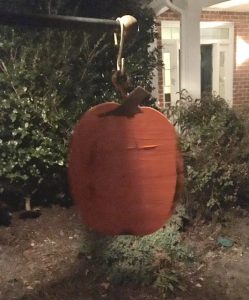 With less than a week till Halloween, it’s the perfect time to read about ghoulies, beasties, and things that go bump in the night. Although there are religious bits here and there—Allhallowtide being the time in the liturgical year when three-day observances remember the dead, including the hallows (saints), martyrs, and faithful departed—most of us don’t think first of saints and martyrs. After pumpkins, it seems to be a time for witches, ghosts, zombies, and the undead. 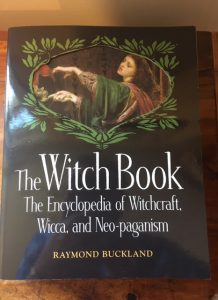 Well, it’s time to stop thinking of witches as the Wicked Witch of the West. This is a non-fiction reference book that provides all sorts of information about witches. And lots of other interesting info as well, organized alphabetically.
For example, under garlic, it says, “In folklore, thought to be a deterrent to vampire attack and also to witchcraft and the evil eye.” It’s supposed to protect against plague. Roman soldiers ate it for strength and courage.  But it’s also supposed to have grown in Satan’s footprint when he left Paradise. 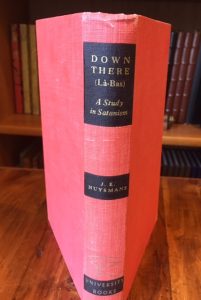 And speaking of Satan, check out the old novel Down There (La Bas): A Study in Satanism, first published in serial form in 1891, but there is a gripping translation published in 1958. 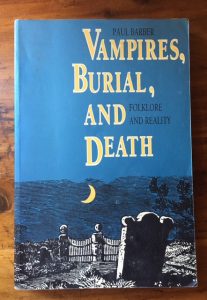 Interest in vampires waxes and wanes. For an effective blend of folklore and reality, see Paul Barber’s book. Among other questions that surround this book is, “What are the most efficient ways of getting rid of an unwanted body?” 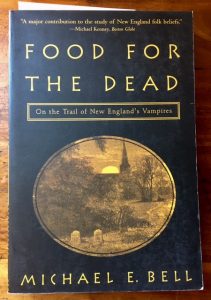 Michael E. Bell followed the trail of New England’s vampires. In it you can find ghostly tales, glowing corpses, rearranged bones, and more. 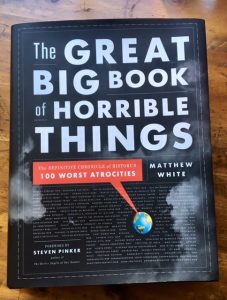 If you want reality rather than folklore, consider atrocities. Many people hear the word “atrocity” and think the Holocaust, Auschwitz, and Birkenau. But this book outlines scores of atrocities associated with war and political upheaval. Read them and weep. 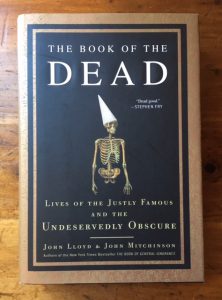 War atrocities are truly horrible. If you want a lighter look at things, Check out Lloyd & Mitchinson, who set out to sketch lives of the justly famous and the undeservedly obscure. Expect some humor here! 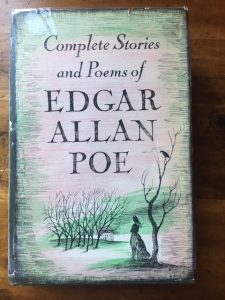 If reality is too painful, and folklore raises troubling questions about the unknown, there’s always fiction!  Edgar Allan Poe is Halloween reading at its best. He may be more suspense than horror, but “The Tell-tale Heart” and “Fall of the House of Usher” are enough to make anyone wakeful. And being short stories, his works come in easily manageable bites.
For a contemporary novelist, think Stephen King. He writes horror and supernatural stories. His other works of suspense, science fiction, and fantasy are still good Halloween reads. (As happens so often with prolific writers, his more recent books are a bit formulaic, so go with the earlier ones.) 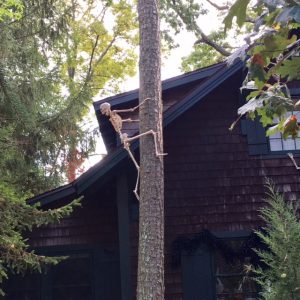 When it comes to Halloween reading, there’s something for everyone!