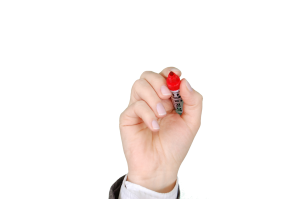 This is a variation on two themes: show, don’t tell and trust your reader. The point is that the reader will get your meaning without both the punctuation and the accompanying explanation.
Quotation marks. Once you’ve put dialogue inside quotation marks, it’s obvious that someone said it. You can skip the she said, he replied, she answered, he responded, etc. Put in an explanation only when you need to indicate how it was said AND you cannot do it with punctuation! For example, “I’m not so sure about that,” she muttered, turning her back on him. Even so, use descriptors like muttered, murmured, cooed, whispered, etc., sparingly. Let the reader get it from the context whenever possible.
Exclamations. “It’s Santa!” “Look out!” “I adore it!” Can your reader be in doubt about what’s happening? Your writing will be stronger if you skip such unnecessary add-ons as she exclaimed, he shouted, or (heaven forbid) she enthused. Use an exclamation point to indicate strong emotion.
Question marks. Here again, if you end a bit of dialogue with a question mark, you needn’t add he asked, she queried, he inquired, etc. The exception here is needing to identify a specific speaker when more than two are present. Even then, try to avoid the tag-on attribution. For example, Ellen joined the debate. “Who says so?” is stronger in communicating to the reader than “Who says so?” Ellen asked.
Commas. Usually commas indicate nonessential information—information which could be dropped without changing the basic meaning of the sentence. For example, “My parents, John and Linda, are coming for Christmas.” (Of course, this assumes one has only two parents!)
Other uses of commas include separating a series of items of equal weight to the meaning. For example, Jim packed shirts, pants, ties, underwear, shoes, and socks. Though this entire list might best be summed up as “his clothes”!
Dashes. Use a dash instead of a comma to give extra weight to a particular item. For example, John picked up the flowers, the candy—and the diamond solitaire. Also, use a dash to indicate that a speaker was interrupted. I’m telling you— would be followed by something like the door banged open or another speaker. You needn’t say that he stopped talking when the door opened or that So-and-So interrupted him.
Ellipses.  If you write I’m telling you. . . you are indicating that the speaker trailed off—a whole different meaning from a dash. The use of ellipses to indicate that some material in a quoted passage has been left out is seldom relevant to a novelist, but can be very important in nonfiction.
And for heaven’s sake, never use double punctuation at the end of a sentence. For example, Where do you think you’re going?!  If you simply write, Where do you think you’re going! the combination of words and ! convey a question filled with strong emotion. 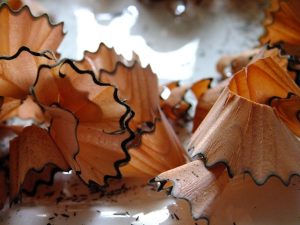 When in doubt, rewrite!