Skip to content
Happy birthday, Marine Corps! On this date in 1775, the Marine Corps was established. Originally a division of the Navy, it became a separate branch of the military on July 11, 1789. One image imprinted on the national consciousness is the photo of five U.S. Marines and one U.S. Navy hospital corpsman raising the Stars and Stripes on Iwo Jima during WWII.

Not a national holiday, but coming the day before Veterans Day, flags are often flying for the Marines as well.
Character considerations: does your character fly a flag year-round, on holidays, or not at all? Why?

Speaking of Veterans Day, this one’s enjoyed a twisted history. The fighting of WWI—known at the time as “The Great War”—ceased when an armistice took effect between the Allied nations and Germany. It went into effect on the eleventh hour of the eleventh day of the eleventh month—the end of the war to end all wars—in 1918. In November 1919, President Wilson proclaimed November the first commemoration of Armistice Day. In 1926, the U.S. Congress officially recognized November 11, 1918, as the end of WWI and urged people to observe the day in schools and churches, or other suitable places, with appropriate ceremonies. In 1938, it became a legal holiday—dedicated to the cause of world peace.

As we all know, WWI did not end all wars. Following WWII, in 1954, President Eisenhower signed the bill changing the name of Armistice Day to Veterans Day.
And then there was the issue of dates. In 1968, the Uniform Holiday Bill was signed into law, intended to ensure three-day weekends for Federal employees. The holidays affected were Washington’s Birthday, Memorial Day, Veterans Day, and Columbus Day. Confusion ran rampant when Veterans Day was celebrated on October 25, 1971, and many states and organizations observed the original date. The disaffection was so strong that President Ford signed a law returning the annual observance to November 11. 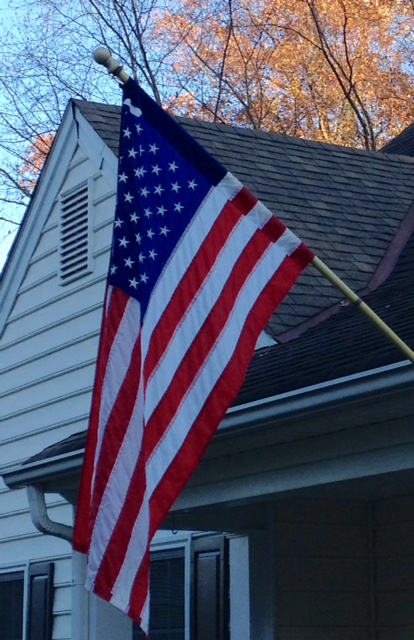