Skip to content
I never set out to collect random bits of information, but things just stick in my brain—for no particular reason and in no particular order. Some comes from life experiences but many come from books. I enjoy coming across these nuggets, and so I drop them into my own writing upon occasion. Just for the fun of it, I’ll share some of these with you.
The Northern Cardinal is the most popular state bird, adopted by Illinois, Indiana, Ohio, West Virginia, Virginia, North Carolina, and Kentucky. Other bits and pieces about birds come to mind as well. When both the male and the female sit on the clutch of eggs in the nest, there is little differentiation in plumage between the two; when only the female sits, she is always the dull looking one. Female goshawks are significantly larger than the males, as much as 25% bigger, and this is called reversed sexual size dimorphism. Didn’t you always want to know?

Goshawks are secretive and tend to fly solo, but other birds are considerably more social. Hence  we have a flock of geese, a murmuration of starlings, and a murder of crows! This is one of my favorites.
Real cadavers are used to calibrate crash-test dummies. At one time, before more modern—and reliable—methods of determining death were available, the fear of being buried alive was so great that in Germany they constructed death houses (I forget the term for them) where corpses were left unburied until they began to decompose.
Together, the hands and feet make up more than half of all the bones in the human body, 27 per hand and 26 per foot, 106 of the 206 total. And check out disappearing human bone disease! 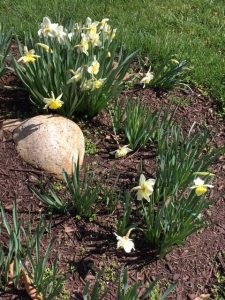 You Are One-third Daffodil is the title of a book which includes this tidbit: humans share 35% of their DNA with daffodils. Could this be the reason voles don’t eat daffodil bulbs or humans? Consider the possibilities for fantasy fiction.
And speaking of eating. . . Queen Anne’s lace is also known as wild carrot and the roots are edible when young. Hominy was originally made using dried corn and wood ash lye, which is still the way to have homemade hominy—which I don’t. Sort of related: lye soap is made using leftover cooking fat and wood ash lye. My maternal grandmother made it in big flat trays in the basement.
In junior high school I learned that the Battle of Hastings was fought in England in 1066. I haven’t been able to unlearn it!
During the Great Depression ham was 10 cents a pound and gasoline was 10 cents a gallon. The first “rubber boots” were when people in South America coated their feet in latex from the rubber tree. Ex-Lax has been around since 1906, created by a Hungarian immigrant in New York. My list could go on and on, for there is no good stopping place. 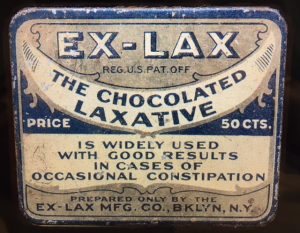 BOTTOM LINE: In addition to journaling about story ideas, drafts, etc., consider keeping your own list of bits and pieces that might fit into your writing life. Even if not, it’s entertaining.