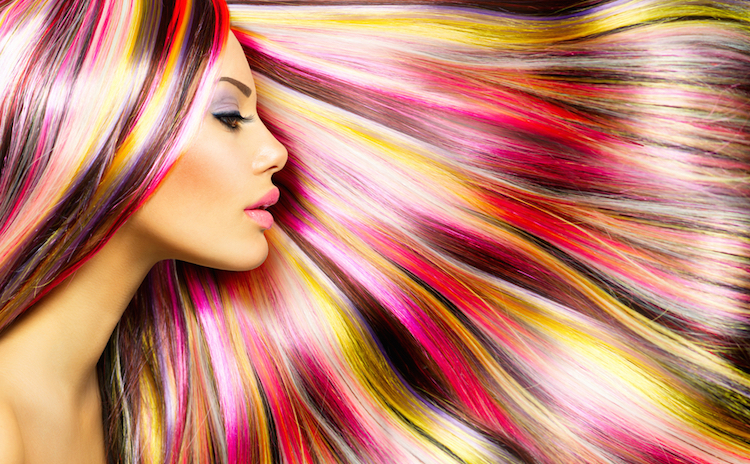 My oldest daughter was born bald as a billiard ball and stayed that way for more than three months. My cousin left the hospital with his black hair combed into an Elvis Presley pompadour, but after several weeks he began to lose it. Head hair goes through three stages: growth, resting, and shedding, in that order. At birth, babies’ hair is in the “resting” stage while bodily resources are devoted to more vital functions, like lung development and temperature regulation. After the resting phase, hair sheds. It goes into a growth phase again after three to seven months. From then till puberty, it’s a matter of gaining more head hair. Hair color and/or texture often goes through many changes in the first several month or years.

Bottom line for writers: Your young characters’ hair is pretty much up for grabs; except for the stage of “baby-fine,” hair tells us little about age or health of young children.

Bottom line for writers: Hair can be used in a number of ways, but between puberty and 30 or so it isn’t an age marker.

Why Hair Follicles Shut Down

How Hair Changes Over Time

Using Hair To Distinguish Your Character

Face it, many people spend time on hair in one way or another. Except for haircuts, and maybe hair color, these are activities that tend to happen in private if not in secret. What your character does, how, and how often gives your reader a private, intimate view of your character.

Hair is so closely connected to personal identity and image that controversy is more or less inevitable. For more specifics on these issues, I advise you to visit the resources linked.

Bottom bottom line for writers:  Use hair more in your characterizations and plots. It is less common and will make your work fresher.