Skip to content
Although some people write to put food on the table, more write to feed their souls.
According to an article by Alison Flood of The Guardian, a 2014 survey revealed that 54% of “traditionally-published” authors and nearly 80% of self-published authors earn less than $1,000 a year. In this same survey, only a minority of respondents listed making money as “extremely important”—around 20% of self-published writers and 25% of traditionally-published authors.Overall, Flood concluded, “Most authors write because they want to share something with the world or gain recognition of some sort.” Clearly, most writers aren’t in it to put food on the table.
The joys of writing to feed one’s soul can be summarized in the word freedom.
Many big-name authors (i.e., those who make a lot of money writing) find themselves limited in the previous three freedoms. The reading public wouldn’t let Arthur Conan Doyle kill off Sherlock Holmes. Many authors write under more than one name. Search online under “famous authors who use multiple pen names” and go from there. Some authors do so to reinvent themselves—e.g.Stephen King/ Richard Bachman, J.K. Rowling/Robert Galbraith. Some use different names for different genres—e.g., Jenna Peterson writes historicals but uses the name Jesse Michaels for erotic romance.  Other multiple-name authors include Dean Koontz, Richard Matheson, Joyce Carol Oates, Agatha Christie, C.S. Lewis, and Isaac Asimov. There are more.
Diana Gabaldon started off writing to feed her soul—in my opinion! She says that she wrote Outlander for practice, to learn the craft, with no intention of showing it to anyone. Not only did she write an impossibly long book (by industry standards) but she mixed romance, adventure, history, time-travel, and magical elements.
For an excellent, thoughtful essay on blending genres, read Joyce Dyer’s “What’s on Your Mind?” recently published in The New York Times. 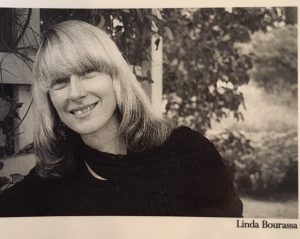 You can also read over seventy comments on this piece online. She starts with a discussion of how writers’ brains work and moves on to the limitations of genres.
When you write to feed your soul, the only real requirement is that you write.