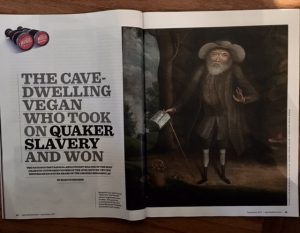 I’m always in the midst of one book or another, but I’ve recently come to appreciate all the rich reading out there that comes in small portions.
For example, the September issue of Smithsonian Magazine included an article about Benjamin Lay, “The nation’s first radical abolitionist [who] was one of the most dramatic outspoken figures of the 18th Century.” After I got over my surprise that Quakers ever owned slaves, I was truly impressed by the ways he sought to call attention to the hypocrisy of Christians who embraced the Golden Rule but owned other human beings. He could have put P.T. Barnum to shame for showmanship! Read it if you can. 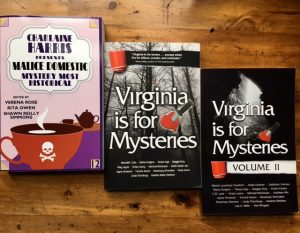 I’ve now published three short-story mysteries set during the (American) Civil War. L—R, The Tredegar Murders, Death Comes to Hollywood Cemetery, and War and Murder at Nimrod Hall. So it’s no wonder an article in the summer quarterly issue of Military Images caught my eye. 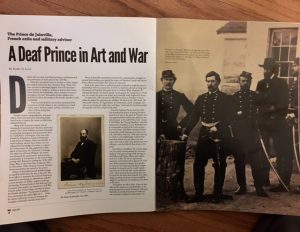 Although the article is primarily a biographical sketch of Prince de Joinville, it also mentions other prominent figures who fought in spite of deafness. “Deafness did not deter men from serving as combatants and noncombatants on both sides of the Civil War.” So, we can often find information on some seldom-considered aspect of a well-known event… 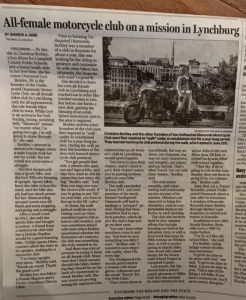 …or a seldom-considered aspect of a familiar pastime. Such is the case with last Sunday’s Richmond Times-Dispatch article on a current all-female motorcycle club in Lynchburg. Such articles are natural prompts for fiction writers.
Many membership organizations send out periodic newsletters or magazines. The Bath County Historical Society recently printed a copy of a 1916 receipt from The Homestead that puts 100 years of inflation in perspective! 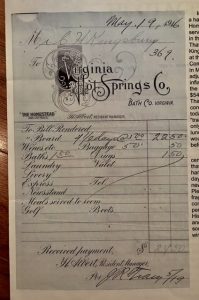 Meanwhile, Intelligence Report  (published by the Southern Poverty Law Center) published articles on racism in the Mormon Church as well as the return of violent black nationalism. Such articles are full of information and examples that can be of use to writers.
The same is true of articles on health care and wellness—and such articles can turn up anywhere, from alumni magazines to The New Yorker!
Did you know that there are dentists who make house calls? Have you ever given a thought to why such a specialist might be needed? Read this article and share my newly acquired enlightenment! 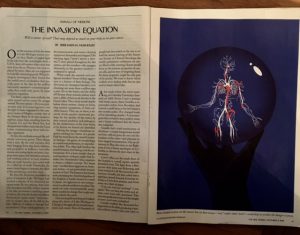 One of the joys of some New Yorker  articles (such as this one from the September ll issue) is that the opening paragraphs give no clue to where the article will end up. “The Invasion Equation” begins with the clarifying of Lake Michigan’s waters and the invasion of two types of mollusks. The tie in between the opening and the discussion of cancer’s metastases is that “An aggressor in one environment is a placid resident in another.” If you’ve had cancer, know someone who has had it, or are just plain curious, this article’s for you. 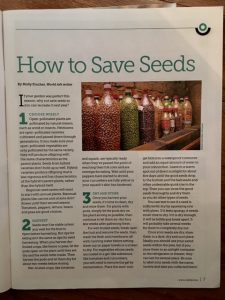 BOTTOM LINE: Articles can give quick and easy access to information, ideas, and examples useful to writers—not to mention enhancing dinner table conversation!