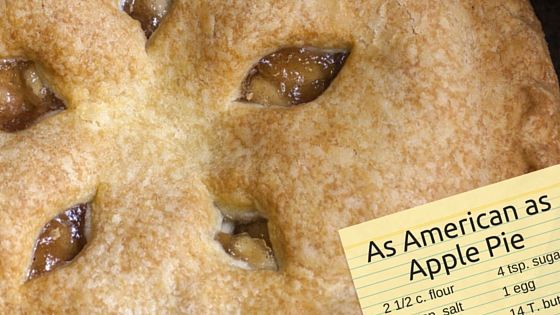 What’s wrong with that?

First of all, with the sour exception of crabapples, apples themselves aren’t American. Apples as we know and love them probably originated in Asia and migrated to Europe. 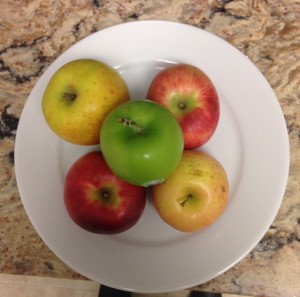 Apples and apple pie were brought to the colonies by British, Dutch, and Swedish immigrants during the 17th and 18th centuries. In fact, that was pretty late in the history of apple pie.
Fossilized evidence of apples date as far back as the Iron and Stone Ages in Switzerland and other parts of Europe. Although most sources trace apple pie to Europe, there is a minority view that the first apple pie was made in Egypt, 9500 B.C.E.
English apple pie recipes go back to the time of Chaucer. A 1381 recipe calls for good apples, good spices, figs, raisins, and pears in a pastry casing. It is the first known written recipe for apple pie. Fruit sweeteners were typical of the times. Early apple pies had no sugar because of the expense but were sweetened with fruits such as these.
Apple pie was a prized dessert in England by 1577. The first mention of a fruit pie in literature was apple-pyes in Robert Greene’s Arcadia. Greene wrote between 1580 and 1592. A medieval Dutch cookbook (around 1514) has a recipe for apple pie that is almost identical to modern recipes. Such a pie was featured in a Dutch Golden Age painting from 1626.

In 1941, newspaper reporters talked about GI’s fighting for Mom and “good old American apple pie.” This seems to be the origin of apple pie attached to American identity—even though apple pie did not originate here. Vermont even made apple pie the official state pie in 1999.


The history of Mock Apple Pie (made with crackers instead of apples) is a bit murky. It may have been invented by pioneers on the move in the 19th century, or possibly in the South during Civil War food shortages. But in the 1930s, Ritz Crackers provided a recipe using Ritz Crackers, water, sugar, cream of tartar, lemon juice, grated lemon peel, margarine or butter, and cinnamon. The one thing that’s clear is that anything that leads to an imitation must be very popular indeed.

According to the American Pie Council, Apple pie is the most popular pie in the U.S., the favorite of 19% of Americans (approximately 36 million people at the time of the survey).
And now we get to the downside. Although homemade apple pie hasn’t changed much over centuries, anything that popular has to go commercial, including fast-food chains. McDonald’s started in California in 1940. In 1969, McDonald’s opened 211 new franchises, and the first Wendy’s was born in Columbus, Ohio.
Welcome to the world of food additives. L-cysteine, an amino acid used to condition dough for increased pliability, is derived from human hair and/or duck feathers. It’s used in McDonald’s Baked Hot Apple Pie (among other offerings). McDonald’s is only one of many fast-food providers who rely on L-cysteine in bakery products.
Bonus facts: Sand (silica dioxide) is an anti-caking agent that shows up in chili and other processed beef and chicken products on the menus of Wendy’s and Taco Bell; processed wood pulp (cellulose), used to thicken and stabilize everything from cheese to strawberry syrup, is on the rise because products  can boast less fat and more fiber. For more disturbing food additives, go to mnn.com.
And to know what happened when with food, go to good books! 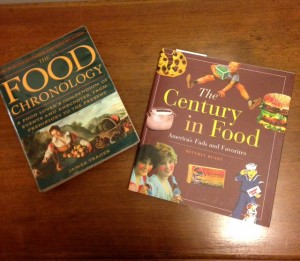