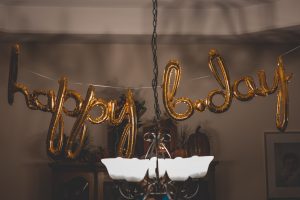 How much do birthdays really matter? An acquaintance recently turned 103. Another acquaintance asked her, “How does it feel to be 103?” Her answer: “Just like 102!” And that’s usually the case. How much difference does a day really make?
So why do we celebrate birthdays? I ask because today is my birthday, and I’ve been celebrating since Tuesday. It started with lunch at Trackside in Ashland with a writing friend. 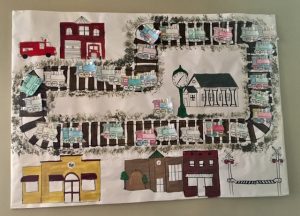 She is a soul-sister in my “family by choice,” and gave me a wonderful book that I can go back to again and again. It’s positively frank, sometimes funny, often poignant—and on a par with the PostSecret books as a source of writing prompts. 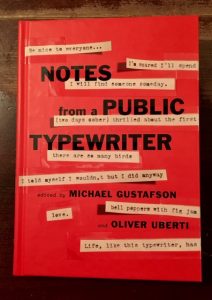 It turns out that celebrating the date of one’s birth is a pagan tradition. In fact, many Christians who believed that people are born with “original sin” didn’t celebrate birthdays historically because it was a celebration of evil. Indeed, pagans believed that evil spirits were near on days of major changes, such as turning a year older. Perhaps their celebrations were to keep the evil away? Ancient Greeks believed that each person had a spirit that attended his or her birth and kept watch on behalf of the God on whose birthday the person was born.
It turns out my birth god is Zeus — King and father of the Gods. The Ruler of lightning, thunder. Seems about right. 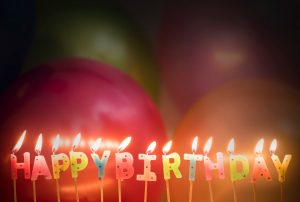 I continued celebrating Wednesday night with my bridge buds, blowing out three symbolic candles on a fabulous cheesecake. Why candles? These, too, were a response to the evil spirits, a light in the darkness.
One friend gave me the perfect Tee. Think Stanley! 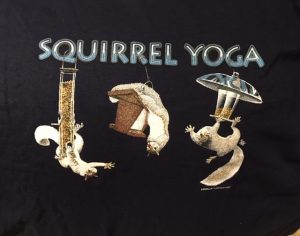 Some attribute the candles on cake to ancient Greek rituals for Artemis, the lunar goddess. It seems that Germans started the children’s birthday tradition (in the 1700s) of putting candles on tortes for “kinderfeste,” one for each year of life plus extras to signify upcoming years. Hmmm. I’ll have to notify my friends and demand more candles next year—and urge that they have a fire extinguisher nearby! 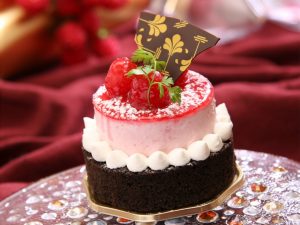 Historically, birthday celebrations featuring sugary cakes were only for the wealthy because the ingredients were luxuries. But, with the Industrial Revolution, ingredients became more abundant and bakeries started offering pre-made, less expensive mass produced cakes. And, fyi, much evidence indicates that Marie Antoinette didn’t say, “Let them eat cake.”
According to the Guinness Book of World Records, “Happy Birthday To You” is the most recognizable song in the English language. In 1893, it started out as “Good Morning To All” by two Kentucky schoolteachers and was published in a book for schoolteachers. I have no idea who changed the words to “Happy Birthday To You” but it had happened by 1933.
April 19 is a notoriously hazardous day. On this day:
—1775, The Battle of Lexington and Concord launched the American Revolution
—1933, The Branch Davidian Compound in Waco burned, killing 86 people
—1989, The explosion of the USS Iowa killed 47 sailors
—1995, Oklahoma City bombing killed 168 people
—1943, Wasaw Ghetto Revolt
—1971, the USSR launched Salyut, the first manned space laboratory
Related trivia:
—October 5 is the most common birthday in the United States (fyi, 9 months after New Year’s Eve)
—May 22 is the least common birthday in the United States
—Ancient Romans were the first to celebrate birthdays for the common man (i.e., non-religious figure)—but only men were celebrated!
—Female birthdays weren’t celebrated until around the 12th century
Thank goodness that time has passed! 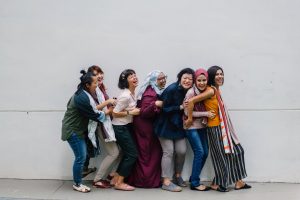